Investors are finally discovering the potential of the namesake turn-based monster-battling game Axie Infinity. Similar to games like Pokémon, players battle one another and complete quests with creatures called Axies.

For a long time, Axie Infinity Shards were flying below the radar, as many investors thought that their creation was a joke and the game lacked originality. And in truth, there is currently little functionality for AXS tokens other than to use in voting on proposed game changes.

As for the game and its creatures, though, the skeptics couldn't have been more wrong. The game has reached more than 250,000 daily active players. And each Axie is a distinct non-fungible token (NFT) denominated in Ethereum (ETH -1.37%) that can be bought and sold on the open market. Rare Axies with stunning battle attributes can fetch as much as 300 ETH, or $1 million. In the past 30 days, the total volume of Axies bought and sold on the game's marketplace surged to 155,406 ETH, or $518.19 million. 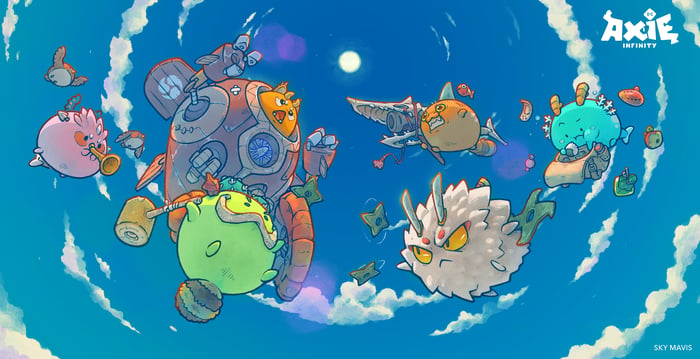 Exciting developments are coming to the game. Its developer, Sky Mavis, plans to build an in-game decentralized exchange so players can swap their cryptocurrency for AXS and other in-game items denominated in cryptocurrencies.

Do keep in mind that AXS tokens are separate from the big-money Axie NFTs, as they are used for the game's governance. Also, the cryptocurrency used to buy and sell Axies isn't AXS but ETH, and all Axie NFTs on the Ethereum blockchain. So beware of excessive speculation regarding AXS tokens.