Shares of Matterport (MTTR), whose platform enables the creation of digital twins of physical spaces, rose 17.4% in September, according to data from S&P Global Market Intelligence. This pop is probably attributable simply to continued investor enthusiasm about the growth prospects of the company, which just went public in July via a special purpose acquisition company (SPAC). 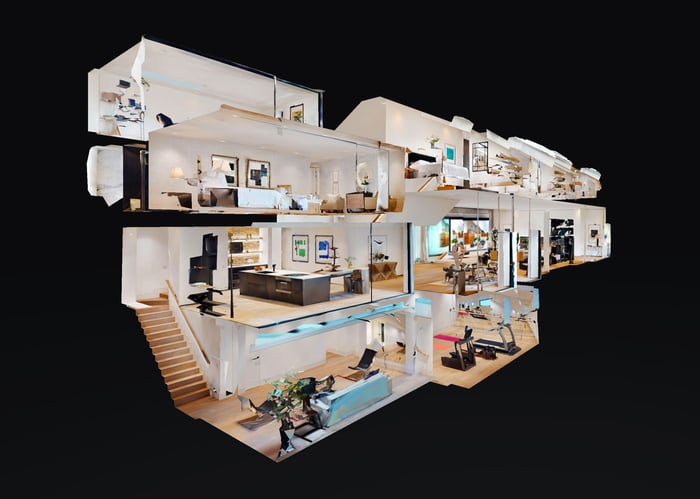 Matterport's revenue has been growing at a solid clip. In the second quarter, revenue increased 21% year over year (and 10% sequentially) to $29.5 million. Growth was driven by a 53% year-over-year rise in subscription revenue to $15.3 million. Its subscriber count jumped to 404,000, up 158% compared to the year-ago period.

In the earnings release, CFO JD Fay said, "We continued to expand our business with enterprise customers, which drove our net dollar expansion rate to a record 132% in the quarter, above the 129% that we achieved in Q1." This means that existing customers expanded their spending on the company's offerings by 32% year over year. 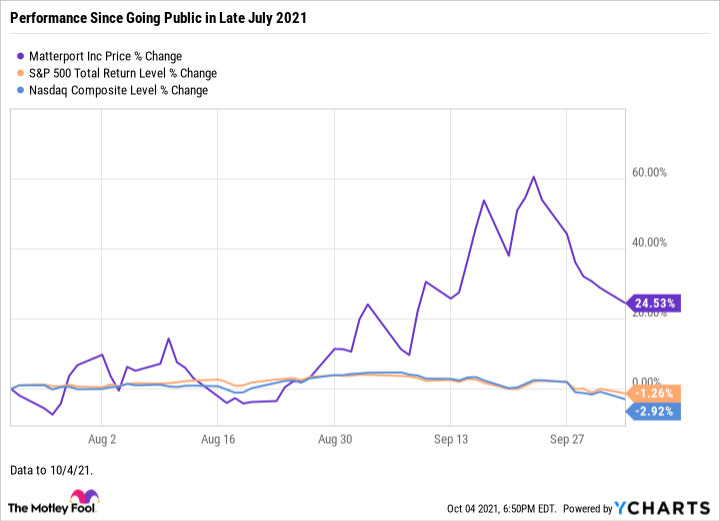 Matterport is worth watching. The company's tech is now largely used by real estate agents to provide virtual tours of homes they have listed for sale. But it has potential uses across many industries, including insurance, hospitality, and construction.

Why Matterport Has Massive Upside Potential
358%