You might not think the average user of the Robinhood trading platform would be enthusiastic about dividend stocks. Some might view the stereotypical Robinhood investor as a younger person who's more interested in explosive growth stocks.

Sure, many of the 100 most popular stocks on Robinhood don't offer dividends. However, there are several notable exceptions. Here are three popular Robinhood dividend stocks to buy in October. 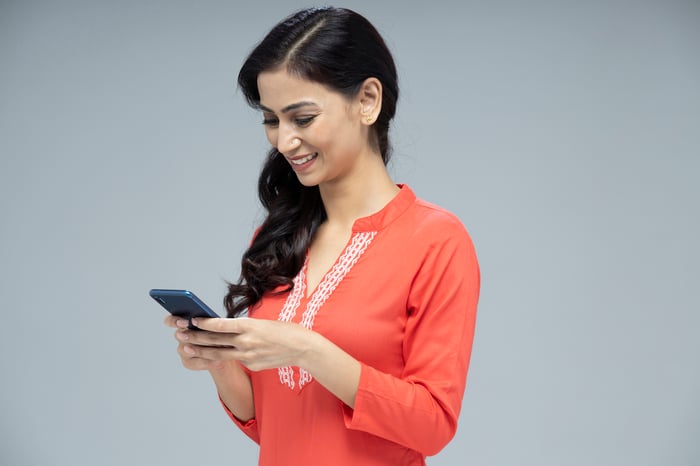 Warren Buffett and his longtime business partner Charlie Munger aren't exactly fans of Robinhood. However, they are big fans of Bank of America (BAC -4.46%), which is without question Buffett's favorite bank stock.

Bank of America is also the favorite bank stock for Robinhood investors. It ranks No. 27 on the trading platform's top 100 list. None of BofA's peers even crack the list.

The financial services company's dividend yield currently stands at nearly 2%. That yield would be even higher were it not for Bank of America's tremendous stock performance. Its shares have soared more than 40% year to date.

This stock could go even higher in the not-too-distant future. Federal Reserve Bank of Philadelphia president Patrick Harker recently told Reuters that interest rate hikes are likely on the way. Bank of America should enjoy a revenue boost if and when those hikes come.

It could be easy to forget that Microsoft (MSFT -1.89%) is a dividend stock. However, the technology giant has paid a dividend since 2003. Most investors won't buy the stock for its dividend, though: Its dividend yield is only 0.86%.

There certainly are other reasons to buy Microsoft that explain why it's the eighth most widely held stock among Robinhood investors. For one thing, the company is set to reward shareholders in another big way. Microsoft plans to buy back $60 billion of its shares over the next two years.

In some ways, Microsoft today is reminiscent of what IBM (IBM -0.85%) was to corporations back in the 1960s. Information technology staff know that they can depend on Microsoft's products to keep their businesses running.

Of course, corporate IT professionals aren't Microsoft's only customers. Its productivity apps and operating systems are used by millions of individual consumers. And the company has achieved tremendous success with its Xbox gaming platform. Microsoft is a solid tech pick for the future that also offers a growing dividend.

Pfizer (PFE -0.35%) ranks only two spots below Microsoft on the Robinhood 100 most popular list. The big drugmaker has been a longtime favorite for income investors. Its dividend currently yields over 3.6%.

For several years, Pfizer's dividend was about the only thing the company had going for it. It's a much different story now, though, thanks in large part to the phenomenal success of Pfizer's COVID-19 vaccine Comirnaty.

While Comirnaty is the biggest growth driver for Pfizer, it's not the only one. The company's lineup features several blockbusters with strong momentum, including cancer drugs Inlyta and Xtandi, blood thinner Eliquis, and rare heart disease drug Vyndaqel/Vyndamax.