Please ensure Javascript is enabled for purposes of website accessibility
Log In Help Join The Motley Fool
Free Article Join Over 1 Million Premium Members And Get More In-Depth Stock Guidance and Research
By Lawrence Rothman, CFA – Oct 8, 2021 at 9:23AM

Though garnering a lot of positive attention recently, this company has fundamental issues.

AMC Entertainment Holdings (AMC -1.70%) became a meme stock this year. This dubious honor helped the stock price take off when the movie theater operator became popular with social media users. The share price started out in 2021 at about $2 and peaked over $62 per share in early June. It currently trades at about $37 -- still quite a gain this year.

While the price action is exciting, particularly if you own the shares, the business fundamentals continue to send up warning flags. The industry is likely to continue going through fast changes that aren't beneficial to AMC's prospects. 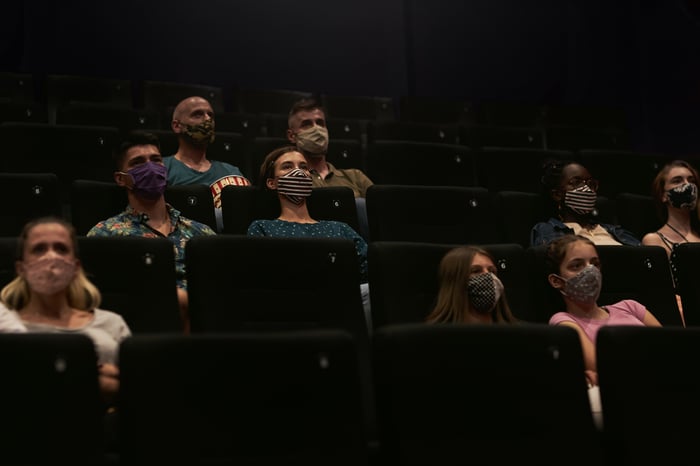 AMC is the world's largest movie theater chain. Its financial results were already under pressure before COVID-19 struck. In 2019, total revenues were essentially flat at $5.5 billion.

A closer look at that year's top line shows that admission revenue actually was down, falling to $3.3 billion from $3.4 billion as attendance fell. While concessions generated $1.7 billion, up slightly from the prior year, this was due in part to price increases. If lower attendance continues, these will likely prove difficult to sustain.

Last year, the pandemic forced AMC to shut its theaters for a good part of the year, starting in March. For 2020, revenue fell by 77% to $1.2 billion.

COVID was largely to blame for this decrease. In addition to its effect on movie theater attendance, the virus accelerated some troubling trends for AMC that will continue impacting its business.

Moviemakers continued shortening the window between releasing movies to theaters and making them available on streaming services. They had already been doing so, but the pandemic just speeded things up.

For instance, Disney (DIS -0.01%) is releasing some movies simultaneously in theaters and on its own streaming service, and AT&T's Warner Brothers division is doing the same. Meanwhile, for movies that have been released in theaters, AMC and others have seen their exclusivity window shrink.

I'm certainly not suggesting people will stop going to see movies in theaters. After all, as the pandemic has taught us, people still need to go out and socialize. Recently, two movie releases, Venom: Let There Be Carnage and No Time to Die, drove people back into the theaters. This propelled AMC's weekend attendance to a record for the pandemic era. 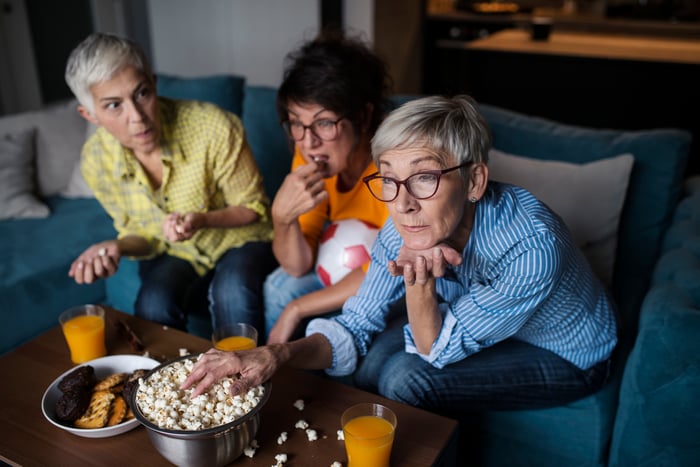 But one weekend doesn't make a trend. AMC still confronts increased competition and shorter windows from several streaming services such as Disney+, Netflix (NFLX -2.04%), and AT&T's HBO Max. Amazon's (AMZN -0.77%) Prime Service is a potent rival and may get stronger after announcing the $8.5 billion deal to acquire MGM Studios.

Across the industry, U.S. box office revenue was pretty much in the $11.1 billion to $11.4 billion range from 2015 to 2019. While attendance was on a downward trend, theater owners compensated by raising prices.

This strategy has limits, of course. Many people will still go to theaters to see movies, but others may find the price of admission too steep. With more choices available, they're no longer locked into going to the theater to see the latest releases. That's bad news for AMC and its stock price.