A big acquisition could help bring Stratasys into the future of 3D printing.

Shares of 3D printing company Stratasys (SSYS -5.46%) jumped an impressive 13.3% in the first four trading days of the week, in part due to an important acquisition. Shares are up an additional 1.6% at noon EDT on Friday.

Stratasys agreed to acquire the 55% of Xaar 3D it didn't already own in order to accelerate growth in production-scale 3D printing. Earlier this year, Stratasys launched the first 3D printer based on Xaar's powder-based SAF technology, which is now running at Stratasys Direct Manufacturing and some beta customers. The goal is to increase throughput from printers in order to reach a production scale. 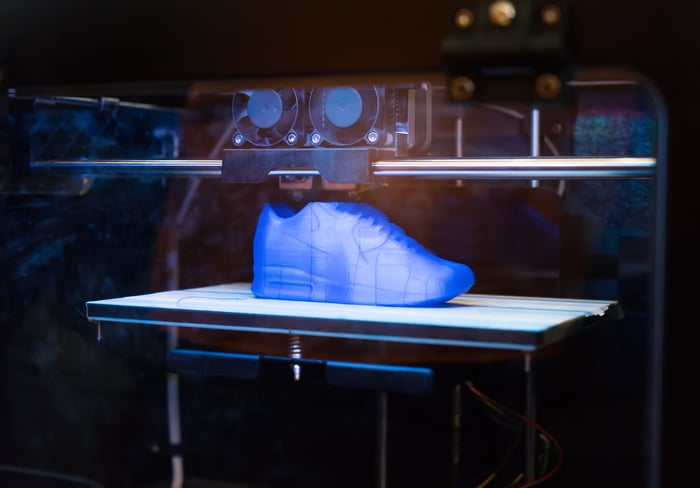 It's not clear yet what financial impact Xaar will have on 3D Systems, but moving into a more production-focused segment of the market could be a good move for the company.

It also helped this week that growth stocks or companies who are considered higher risk performed relatively well. A debt ceiling deal was made, and interest rates stopped screaming higher. That market tailwind certainly helped shares as well.

In last quarter's earnings release, Stratasys' management discussed the transition from prototyping to mass production that was taking place in the 3D printing business. This acquisition could be a big move in that direction and could drive both equipment and material sales as a result.

Stratasys will likely release third-quarter 2021 financial results in early November, and investors will want to watch both growth levels and the adoption of production 3D printing machines, which could be a big part of the company's future.

3D Systems vs. Stratasys: Which Had the Better Q1 Earnings Report?
366%