Please ensure Javascript is enabled for purposes of website accessibility
Log In Help Join The Motley Fool
Free Article Join Over 1 Million Premium Members And Get More In-Depth Stock Guidance and Research
By Billy Duberstein – Oct 9, 2021 at 8:05AM

Cathie Wood sold Tesla shares to buy this stock on its recent dip.

Shares of UiPath (PATH -0.56%) fell 16.8% in September, according to data from S&P Global Market Intelligence. The business process automation software company just hit the public markets back in April.

However, as a high-growth software company, UiPath also sports a high valuation. So while the company reported strong quarterly results at the beginning of the month, they weren't enough to induce investors to bid the stock up. Additionally, the end of the month saw growth stocks sell off broadly on fears of higher interest rates. 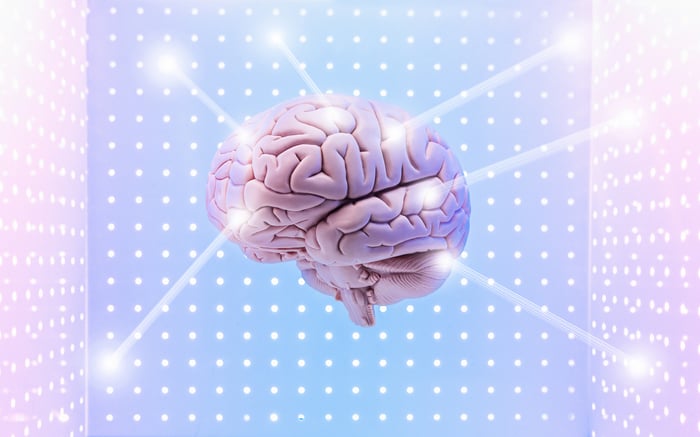 For its fiscal 2022 second quarter, which ended July 31, UiPath beat analysts' expectations on both revenue, which was up 40%, and adjusted earnings per share, which came in at $0.01. Yet both of those metrics are somewhat less important than what UiPath calls its annualized renewal run-rate, which was up 60% to $726.5 million. That metric is the annualized invoiced amount for UiPath's term subscriptions, assuming no increase or decrease, and does not include one-off perpetual license sales.

Net retention also wowed this investor, coming in at an impressive 144%. That means the average UiPath customer spent 44% more on the company's software than it did last year, indicating the company's products are delivering value to customers.

So what was the problem? It's hard to say. The company did guide for its annualized renewal run-rate to be in the range of $796 million to $798 million next quarter, for a quarterly growth rate of just 9.7%. Annualized, that's just a 40% growth rate, which would mark a deceleration from last quarter's 60%. But management might just be being conservative.

At the end of the month, growth stocks in general took a beating after the Federal Reserve indicated it would be tapering its bond purchases later this year or next year, which sent the 10-year Treasury yield higher. A higher discount rate would mean a lower value ascribed to future earnings. UiPath is still losing money on a GAAP basis as it invests to capitalize on its large market opportunity, so it was hit along with the stocks of a lot of other high-growth but profitless companies.

After its sell-off, UiPath is trading below its initial public offering price of $56 from April. Based on the company's guidance, it's also trading at about 30 times its expected 2021 annualized renewal run-rate figure.

That would be an expensive valuation for a typical company, but not so expensive for a software company that's growing as fast as this one is, within a market that should also expand rapidly over the next decade. According to IDC, the automation software market, which was worth $17 billion in 2020, should grow to $30 billion by 2024 en route to a $60 billion market opportunity further out.

The question is if UiPath can continue to innovate. Right now, its automation platform, which can execute lots of menial business tasks, appears to be a big hit with customers. But management is now investing heavily in something it calls semantic automation, which incorporates more AI into the platform, enabling it to act and think critically, more like a human.

If management executes on that vision and continues to lead the automation software market, UiPath's recent share price slide could prove to be a great buying opportunity for long-term investors. In fact, Cathie Wood, the CEO of ARK Invest, recently reduced the size of her cherished Tesla (TSLA -0.19%) position in order to buy UiPath stock on its recent dip for the Ark Innovation ETF (ARKK -0.88%). While Tesla is still that fund's largest holding, UiPath now makes up about 3.2% of it, making it the ETF's twelfth-largest position.

Why UiPath Stock Was Soaring Today

What's Going On With UiPath Stock?