Insurance tech stock Lemonade is more than 65% off its 52-week high. Is the juice worth the squeeze?

Many growth stocks are feeling hungover after falling from their recent highs, and insurance tech company Lemonade (LMND -4.33%) is no exception, down more than 65% after its valuation got too hot for investors earlier this year.

With an innovative business in the enormous insurance industry, Lemonade represents a risky but potentially rewarding stock for long-term investors to consider. Here's what you need to know.

Insurance can often be thought of as a "necessary evil" among consumers. We need insurance on our health, homes, and vehicles, but few enjoy dealing with insurance companies. A study indicated that nearly one in five people would prefer sustaining a bodily injury to shopping for automotive insurance. 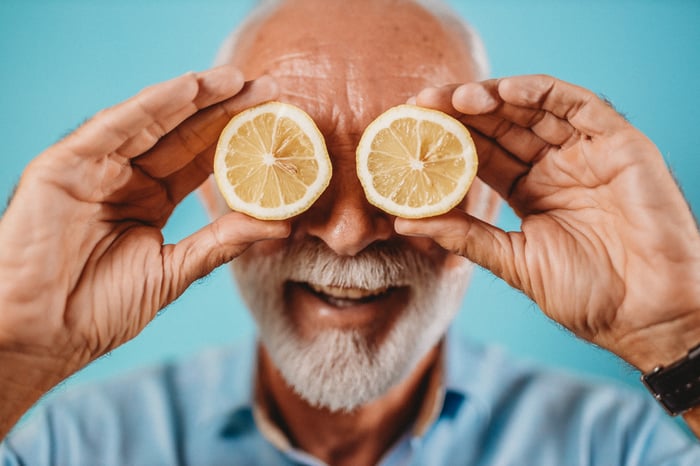 Traditional insurance companies like Geico have long dominated the industry, which is perhaps why there has been so little change in the customer experience. Lemonade is trying to innovate here by reinventing the insurance model around the consumer. It's attacking the two primary faults of insurance, which are inconvenience and the conflict of interest insurance companies have -- paying your claim is bad for their bottom line.

First, let's talk about convenience. Lemonade side-stepped the agent model, instead focusing on technology to deliver sales and service. It utilizes chatbots powered by artificial intelligence (AI) to handle customer service and claims. Geico's tag line used to be "15 minutes can save you 15% or more," but Lemonade can deliver a policy in as little as 90 seconds. Claims can be processed in as little as three minutes and often without speaking to a human representative.

Lemonade also aligned its financial interests with its customers by utilizing a model that typically takes 25% of the premium you pay and cedes the rest to reinsurers minus a commission. It's essentially offloading most of the policy risk, acting more like a broker than a traditional insurer. The speed, convenience, and straightforward business model that Lemonade uses are earning it strong customer feedback. Its smartphone app has a 4.9-star rating on the App Store, and the company has a net promoter score above 70 (out of 100) -- well above the industry average -- indicating customers are quite happy with the brand.

Having a popular brand in an industry where people generally dislike your competition is an attractive building block for an investment idea. Lemonade also enjoys a virtually endless addressable market -- the global insurance industry is worth roughly $5.8 trillion.

The company has many levers to pull to drive revenue growth, including taking market share, new insurance categories, and new geographic markets. Lemonade started with renters and homeowners insurance but has steadily expanded into pet insurance, term life, and car insurance. It currently operates in the United States as well as in France, Germany, and the Netherlands, with plans to expand into other countries in Europe.

Management expects to generate $124 million of revenue (at the midpoint of its range) for full-year 2021, a 31% increase over 2020. With new product categories and new markets coming online, growth is likely to pick up. Analyst estimates for 2022 anticipate nearly 65% growth.

How Lemonade could turn sour

Investors in Lemonade should expect a very bumpy ride moving forward, despite the obvious potential for the business. The company is nowhere near profitable: In the second quarter, operating losses totaled $68 million, but Lemonade reported revenue of just $28 million. Investors will want to monitor the company's ability to close this gap in future quarters.

Additionally, it's not clear how the market might value Lemonade stock over the long term. Traditional insurance companies command very modest valuations. Allstate, for example, trades at a price-to-sales (P/S) ratio of less than one. Meanwhile, Lemonade's P/S ratio of 41 is sky high -- a steep premium, even for a high-growth technology company. But is it deserving of a tech valuation if its margins don't resemble a tech business?

In a best-case scenario, Lemonade continues to grow larger, and eventually, the scale helps push its financials toward profitability. The tech-driven business model is less expensive to maintain than a traditional agent base, which could bode well for investors. A worst-case scenario would be where Lemonade cannot improve its profitability, forcing it to continue diluting investors, repeatedly issuing new shares to raise capital.

Investors will need to consider the risk and reward Lemonade presents, but there is no question the upside is compelling if the company can make the numbers work behind its lean business model.