Bitcoin prices have been surging, but there are signs that traders are moving into "wait and see" mode.

Comments from JPMorgan Chase CEO Jamie Dimon Tuesday that Bitcoin is, in his opinion, "worthless" don't help the cause. Additionally, there were reports this week that the share of futures contracts that were crypto-margined had dipped below the share that were cash-margined. That's a development that cryptocurrency traders are watching with interest. 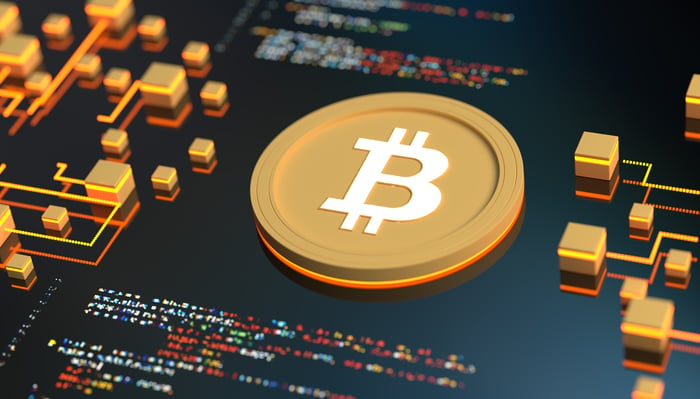 The cryptocurrency world remains highly reliant on positive sentiment. Dimon's recent comments obviously shift the focus of the conversation to a topic that many cryptocurrency bulls don't want to discuss -- the fundamental inherent value of these tokens. Like it or not, every time this discussion heats up, volatility in cryptocurrency prices tends to follow suit.

Additionally, traders buying and selling futures contracts can provide different margin collateral for their trades. Using cryptocurrencies as collateral can accelerate the volatility in the markets. Should token prices drop, it can force heavy selling of those assets, triggering further volatility in the markets. Investors are moving to reduce their risk exposure by using cash for trading collateral. In the view of cryptocurrency watchers who use the percentage of futures contracts that are coin-margined as a measure of sentiment regarding tokens, that gauge is not pointing in the right direction.

Volatility has been higher for cryptocurrencies broadly in recent days, and much of the movement has been downward. Investors appear to be taking a measured approach to risk assets. For those who remain bullish about where Bitcoin prices are headed, a breather like this one can be a good thing.

However, for those with bearish views on Bitcoin, recent conditions could be viewed as harbingers of more declines to come.

Fool contributor Chris MacDonald has no position in any securities mentioned. JPMorgan Chase is an advertising partner of The Ascent, a Motley Fool company. The Motley Fool owns shares of and recommends Bitcoin. The Motley Fool has a disclosure policy.