Standard Lithium (SLI 6.10%) was trading 10.6% higher as of 11:40 a.m. EDT Wednesday. Factoring in those gains, the lithium stock has rallied an astounding 24% in just the past week as more analysts are turning bullish about the company's prospects.

On Wednesday morning, Canaccord increased its price target on Standard Lithium to 14 Canadian dollars from CA$9.25 while maintaining a buy rating on the stock. Canaccord analyst Katie Lachapelle said she was impressed by the preliminary economic assessment for a lithium project that Standard Lithium released on Tuesday.

Standard Lithium has two agreements that form the base of its business: a joint venture with Germany-based chemical giant Lanxess to extract lithium from the brine Lanxess produces as a byproduct at its bromine facilities in the Smackover brine region in south Arkansas, and a deal with Tetra Technologies (TTI -2.02%) that gives it the right to extract lithium from Tetra's brine leases in Arkansas. 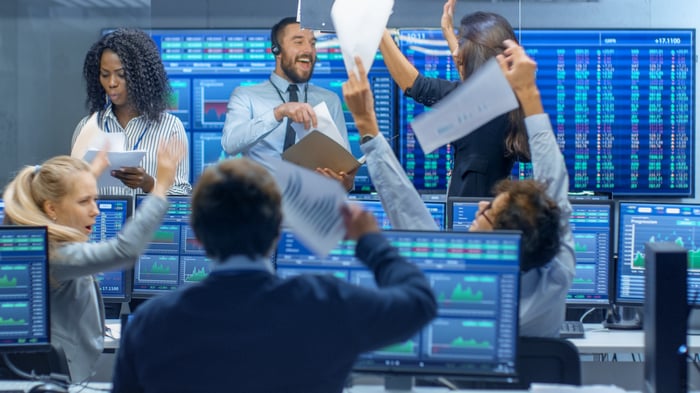 So far, the focus has primarily been on the Lanxess project. Standard Lithium is striving to start its first brine-to-lithium plant at the project site. The goal is to produce 99.9% purity battery-grade lithium compounds to be used in electric vehicle batteries.

On Tuesday, though, Standard Lithium said it hit a milestone by completing the assessment of its South-West Arkansas Lithium Project with Tetra. Some notable estimates from that assessment include:

Based on lithium hydroxide's current price of around $14,500 per metric ton (and adjusting for inflation), Standard Lithium estimates it could earn an internal rate of return (IRR) of 32.1% on the project. Even if the price of lithium drops by $2,000 per metric ton, the company could still earn an IRR of 27.6%.

Based on these estimates, Lachapelle has increased her assessment of the project's net asset value (NAV) to CA$628 million from CA$220 million. In simplest terms, NAV is assets minus liabilities.

Investors should take analysts' downgrades and upgrades with a grain of salt as they can fluctuate significantly. For example, just a couple of months ago, Canaccord downgraded its rating on Standard Lithium stock.

Also, Standard Lithium estimates its total capital expenditure on the lithium project will be around $870 million. The preliminary assessment, however, is based on limited information. The next stage pre-feasibility study should give greater insight into the project's capital requirements and whether the estimated mineral reserves at the site can be effectively extracted. The stock, though, has already been on a wild run this year, up 310% to give the company a market capitalization of around $1.29 billion as of this writing.