The Chinese government is making a push to support vocational education.

The private education stock got a boost from China's decision to back skills-based education and push vocational training. 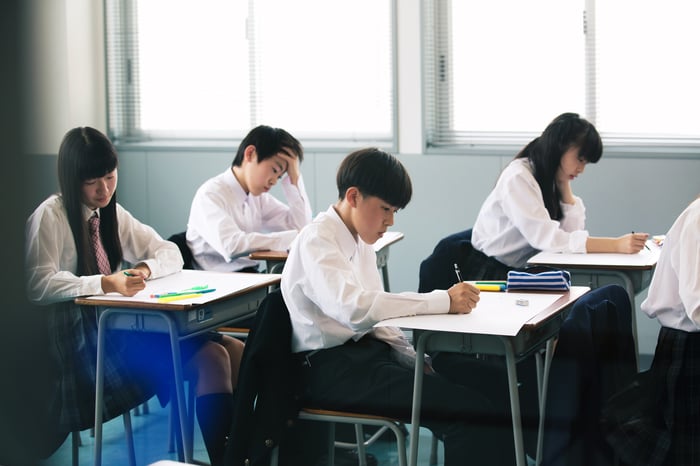 This is good news for New Oriental Education, which has been pummeled in recent months. The stock was hitting all-time highs earlier this year, before the Chinese government introduced strict regulations to rein in the for-profit private tutoring industry. The rules were much more stringent than originally anticipated, banning many tutoring ventures, while also instituting a moratorium on tutoring during vacations and holidays.

Citigroup analyst Mark Li believes this represents a lifeline for the beleaguered company. The government crackdown has driven a number of companies out of business, and resulted in industrywide layoffs in China.

Though the government has thrown private education companies in China a bone, the market for tutoring has gotten much smaller in recent months. Invest in the sector at your own peril.

Citigroup is an advertising partner of The Ascent, a Motley Fool company. Danny Vena has no position in any of the stocks mentioned. The Motley Fool recommends New Oriental Education & Technology Group. The Motley Fool has a disclosure policy.