The breakup of its merger with AeroFarms had a surprising result.

Shares of Spring Valley Acquisition (SV) were climbing today after the special purpose acquisition company (SPAC) announced that its merger with vertical farming company AeroFarms was being terminated.

The news came after the initial merger was announced seven months ago, and Spring Valley is now free to pursue another privately held company. 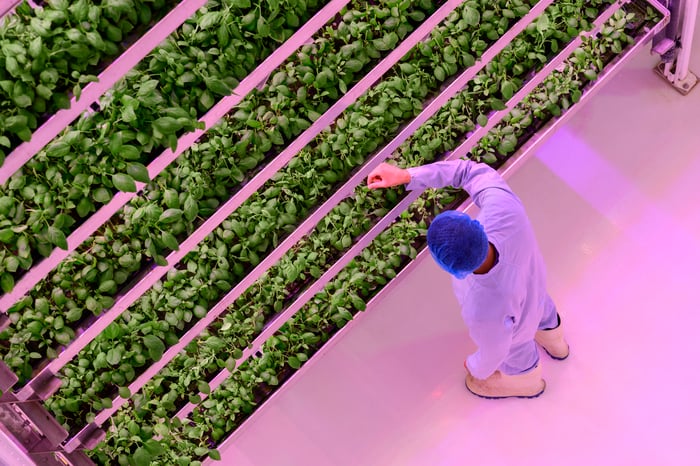 Investors seemed to sour on the deal back in August when the stock fell below $9, well off its $10 nominal price, indicating that investors believed the company would be worth less after a merger.

Several factors seemed to contribute to that perception. First, there were multiple delays in executing the merger, possibly due to regulatory challenges or potential reservations from one or both parties. Second, AppHarvest (APPH -0.48%), the only publicly traded pure-play vertical farming stock, has lost 83% year to date as hopes for growth in the emerging industry are running into reality.

We made this decision to ensure that AeroFarms is in an optimal position to pursue our growth strategy and to deliver on our mission to grow the best plants possible for the betterment of humanity. We believe proceeding with this transaction is not in the best interests of our shareholders.

It's back to square one for Spring Valley with the breakup of the merger agreement. Though the stock gained on the news today, it's hard to see this as a positive for the SPAC as investors essentially wasted months waiting for a deal to go through that ultimately failed. Spring Valley said it would focus on finding another target to acquire before its dissolution deadline next May.