These three companies are in the early stages of revolutionizing their specific industries.

Buy low, sell high is supposed to be the mantra for successful investors. Thanks to this saying, many new investors target cheap-looking companies whose low share prices seem like an incredible value. Yet many stocks trading at these discounted prices haven't shown enough promise to warrant a prolonged increase in share price -- or worse yet, they've dropped to all-time lows.

Left behind by their outperforming peers, these low-priced companies are often not the innovators or leaders of their industries. But today, we'll look at three recent IPOs trading below $20 a share that could not only become leaders in their industries but also revolutionize them entirely. 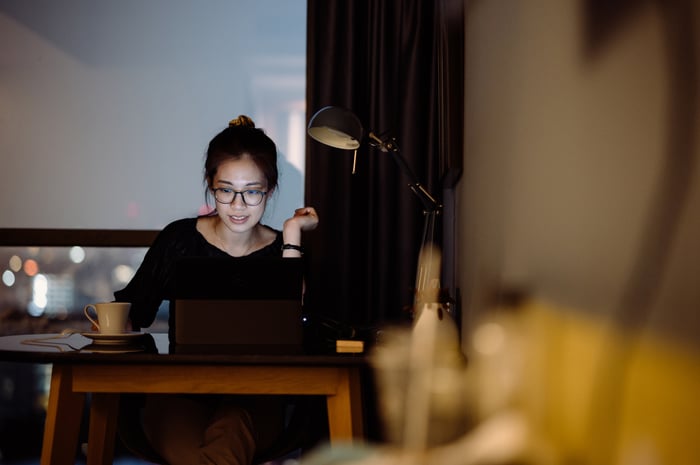 Well-known for its genetic testing and ancestry services, 23andMe Holding (ME 2.40%) somewhat quietly keeps its sights on upending the healthcare industry. With 11.6 million genotyped customers, the company has started to use its vast database of genetic information to develop a wide range of unique therapeutic possibilities -- running genome-wide association studies to identify genetic commonalities across various diseases.

After finding these commonalities, the company can leverage its ongoing collaboration with GlaxoSmithKline (GSK 0.65%) to develop a therapeutics pipeline. So far, 23andMe already has 40 therapeutic programs, with CD96 in phase 1 and P006 set to be tested by a human for the first time soon. The CD96 and P006 pathways are being tested as possible cancer treatments.

But these therapeutic programs are not 23andMe's only avenue of growth. In October 2020, the company soft-launched its personalized healthcare offering known as 23andMe+, which has quickly grown to 125,000 subscribers. Through personalized, genetically-based health reports, 80% of 23andMe+ members have been able to discover a meaningful genetic variant, ranging from overall heart health to a predisposition to diabetes. And thanks to these insights, 76% of members adopted a new health action to better take care of themselves. While the service is still in its infancy, it has the potential to move health-conscious customers into the 23andMe ecosystem, creating long-term flywheel effects for the company.

All in all, an investment in 23andMe will require at least a five-year outlook from investors. However, the company's $3 billion market capitalization seems relatively cheap when considering the massive optionality potential from its therapeutic pipeline.

Here's what Latch does. Led by its aptly named door-access operating system, LatchOS, it aims to become a must-have for any modern building. With capabilities that include smart access as well as delivery and guest management, Latch's app generates 4.6 interactions per user a day and has booked over 450,000 home units across the United States.

This engagement highlights just how incredibly sticky its sales are for the business as customers almost immediately become locked into the ecosystem and its benefits. In fact, since its launch in 2017, Latch has experienced minimal customer churn, effectively giving it a gross dollar retention rate of nearly 100%.

For the full-year 2021, management is guiding for roughly $40 million in revenue, which would amount to 120% growth over last year. While the company is unprofitable thus far, the 90% gross margins from its software show that once it creates a large enough installed base of customers, it should become a software-as-a-service juggernaut.

Intent on disrupting the traditional finance market, SoFi Technologies (SOFI 6.49%) says its mission is to "help our members achieve financial independence to realize their ambitions." With its three segments -- lending, payments processing, and financial services -- SoFi seeks to offer its members a one-stop shop for all of their financial needs, emphasizing member input as a key source of product innovation and company focus.

The service is gaining traction, recording a 113% year-over-year jump in members -- and it has produced eight consecutive quarters of accelerating year-over-year growth, a rare feat after going public. Similarly, growth in the number of products held by its members has also accelerated for eight consecutive quarters, highlighting its ability not only to bring in new members but also to cross-sell new products to existing members.

Further, the company's $1.2 billion acquisition of payments processor Galileo in 2020 has already begun paying dividends. This new segment has grown its number of accounts by 100% or more, year over year, for each of the past four quarters and could bring long-term margin expansion to SoFi by helping it become more vertically integrated.

Touching on the purchase, CEO Anthony Soto said, "The acquisition of Galileo ... provides us all the advantages of being able to innovate faster at lower costs and help the whole industry become more reliable, more stable and more trustworthy, which will accelerate the transition from traditional banks to new digital frontier banks."

Overall, SoFi's accelerating growth and vertical integration across all three operating segments have it positioned beautifully to thrive amid the ongoing fintech revolution.