With the underlying business gaining momentum, management may follow what other well-known names have done with their shares recently.

Technically, a stock split doesn't change a thing about the value of a company. So as investors, why do we care so much about them? Perhaps because it could imply that management believes the business has a long runway for growth. A decision to split a stock may be to help retail investors feel better about the affordability of the shares. And it's not uncommon for shares to rally if a stock split is announced.

To be sure, if management wasn't confident that its business was in good shape, it wouldn't want to see shares tumble after a split is enacted. With popular names like Apple and Tesla completing stock splits last year, investors may be watching for another big name to make that announcement. With its business thriving, and its stock price approaching $450 per share, warehouse retailer Costco Wholesale (COST 0.15%) could be the next well-known name to declare a split. 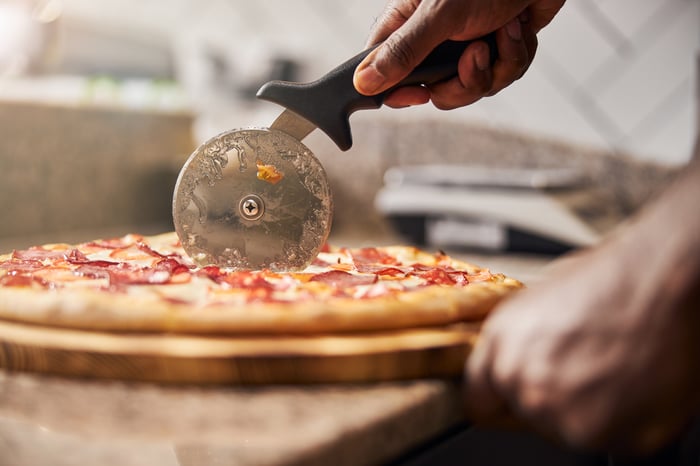 If business momentum is indeed one of the things management considers when deciding whether to split its stock, Costco should easily pass that bar. Like many businesses in the pandemic-affected economy last year, Costco felt the challenges but nevertheless fared well.

Over the course of its fiscal year 2020 period, which ended Aug. 30, 2020, Costco reported that total comparable sales grew 7.7% and e-commerce sales increased 49.5% over the prior-year period. But the growth didn't stop there. The table below shows year-over-year quarterly sales growth for the periods making up fiscal 2021.

The company has reported year-over-year comparable sales growth in the mid-teens for each month of 2021 through September. And if history is any guide, there's reason to believe this momentum will continue.

Growing customer base and traffic

As of the end of the company's fiscal fourth quarter, membership renewal rates were over 91% in the U.S. and Canada and almost 89% globally. And the company is also growing that member base. Total cardholders grew by 1.8 million, or 1.6%, sequentially compared to the third quarter.

In its fiscal fourth-quarter conference call held for investors on Sept. 23, Costco CFO Richard Galanti also said that customer traffic, or "shopping frequency," increased about 9% both globally and in the U.S. compared to the prior-year period. Importantly, he added, "Our average transaction or basket was up 5.8% worldwide and 5.6% in the U.S." So the company is adding members who are shopping more frequently and buying more when they do. That's a recipe for success in a retailer. 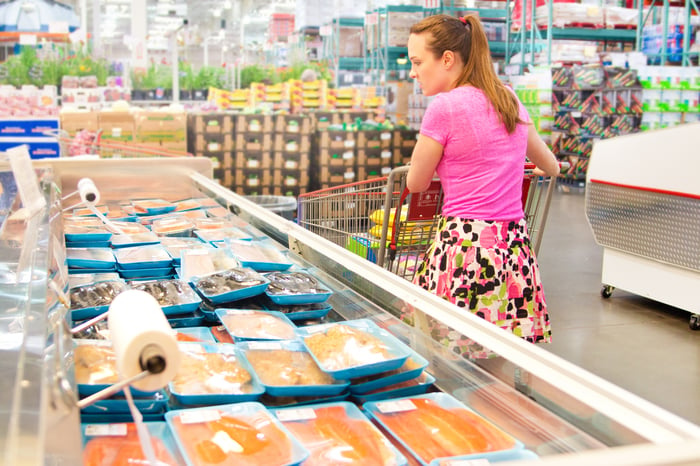 Reflected in the stock

Saying momentum in a stock should continue along with the business is saying a lot -- especially as Costco shares have tripled in just the past five years. And they are up more than that if you include regular dividends and special dividends. The company has given stockholders a special dividend four times in the past eight years, including a $10-per-share payout in December 2020 funded by existing cash.

The high price per share may incentivize management to look at splitting the stock. A split, however, doesn't change the valuation. And with many brokerages allowing investors to buy fractional shares now, it also shouldn't determine whether one makes an investment in Costco. The underlying business is strong and looks to have a continued runway for growth. That is really how an investor should decide whether to hold Costco shares in a portfolio.

Why Costco Is an Underrated Dividend Stock
413%