Stocks started the week on a quiet but generally upbeat note.

The stock market was able to sustain its positive momentum on Monday, following through after a big upward move last week. The Dow Jones Industrial Average (^DJI 0.25%) wasn't able to join in on the fun, but the S&P 500 (^GSPC 0.38%) and Nasdaq Composite (^IXIC 0.89%) both added to their recent gains.

As Wall Street has grown more optimistic, some naysayers have feared that the stock market might be getting frothy. One sign of rich valuations comes when early institutional investors in recent IPO stocks start to take advantage of their high stock prices to sell out. Unlike secondary offerings of stock sold by companies themselves, which can raise valuable capital that can be a long-term positive for their fundamental businesses, investor-led offerings are bearish calls on stocks. That has investors thinking twice about DLocal (DLO 3.09%) and TaskUs (TASK -0.70%) in after-hours trading on Monday.

Shares of DLocal were down more than 10% late Monday afternoon, following a 1% decline in the share price during the regular session. The Uruguayan provider of electronic payment services in emerging markets across the globe announced a substantial secondary offering solely from current shareholders. 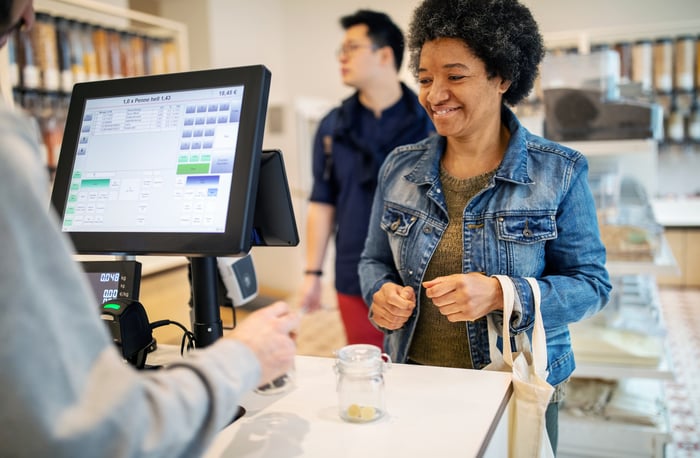 DLocal said that the offering will consist of 16 million shares, with underwriters having an option to sell an additional 2.4 million shares. Even after the drop in the stock price, that sale could generate more than $1 billion in cash proceeds for the exiting shareholders. Moreover, given DLocal's limited number of available shares for trading, the offering will dramatically increase the size of the market in the company's stock.

To be clear, though, all of the selling shareholders will still retain substantial stakes in DLocal. For instance, CEO Sebastian Kanovich is selling 1.05 million shares, but he will still have 12.5 million shares worth nearly $700 million. The proportions are similar for most of the shareholders involved, including both insiders and institutional investors.

DLocal just came public in June, so it's not surprising to see insiders looking for the exits. Yet with the stock price having nearly doubled from where it first came onto the public scene, it's also reasonable to wonder if the payments specialist might be getting ahead of itself.

A big day for TaskUs

TaskUs also saw its stock sink after hours, falling more than 7%. However, one key difference here is that the online customer service provider's shares had gained almost 13% during the regular market session, meaning that the after-hours stock price is still higher than where shares started the day.

Many investors have highlighted TaskUs as a potential momentum play for its relatively small share float. Given no news from the company during the regular trading session, typical volatility for thinly traded high-growth stocks seemed to give early investors the impetus they needed to decide to move forward with a secondary offering.

Selling shareholders will look to offer 10 million shares worth around $680 million to the market. Underwriters will have the option to take an extra 1.5 million shares if they choose. The company won't sell shares or receive any proceeds from the offering.

TaskUs is also a newly public stock, and the share price has tripled from its $23 IPO price in June. It'll be interesting to see if momentum investors see this as a sign to get out or if the dip turns out to be fleeting and short.