Thursday was an up and down day on Wall Street, but eventually, most stock market benchmarks turned higher. The Dow Jones Industrial Average (^DJI 1.09%) wasn't quite able to recover all of its lost ground, but it still finished close to unchanged, and the S&P 500 (^GSPC 1.46%) moved to a new all-time record. The Nasdaq Composite (^IXIC 1.67%) also participated in the rally.

However, the bullish tone took a bit of a hit after the market closed, as a couple of much-followed companies reported results that didn't leave investors satisfied. Both Snap (SNAP 4.24%) and Intel (INTC 1.11%) posted significant declines as of 6 p.m. EDT, and what they had to say could have repercussions across the marketplace.

Shares of Snap were down almost 22% in after-hours trading late Thursday afternoon. The social media giant released third-quarter financial results that showed continued revenue gains, but some investors were concerned about what the future could bring for the Snapchat parent.

On its face, the numbers looked solid for Snap. Revenue was higher by 57% from year-ago levels, reaching $1.07 billion. The company still lost money, but the loss shrank by almost two-thirds year over year to $72 million for the quarter. Snap had positive free cash flow of $52 million, reversing a bigger outflow in the year-ago period. Daily active users reached 306 million, higher by 57 million in the past 12 months. 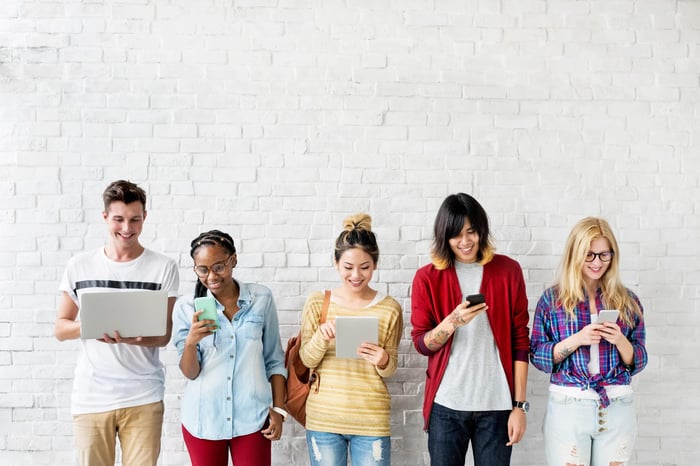 However, CEO Evan Spiegel's comments were somewhat ambivalent. The Snap CEO argued that the company has gotten big enough to be able to navigate what he called "significant headwinds" related to changes in the way the latest iOS operating system handles targeted advertising and ad optimization.

Moreover, he pointed to supply chain challenges and labor shortages that Snap's partners are facing, which have an impact on how much money they have left for ad spending. Also, investors seemed not to be content with fourth-quarter revenue guidance of $1.165 billion to $1.205 billion.

Snap's stock has seen big gains this year, so it isn't surprising to see investors be somewhat harsh with their negative views. Nevertheless, Snap has been able to work through past difficulties, and many are still optimistic that it will do so this time around as well.

Elsewhere, shares of Intel were lower by 9%. The semiconductor chip company did better than it had previously guided investors to expect, but it still wasn't enough to reestablish confidence in Intel's ability to become an industry leader again.

Intel managed to show some signs of strength. Third-quarter revenue climbed 5% year over year, with all -time record sales for its Internet of Things segment. Intel's data center group also performed well. Those results fell through to the bottom line, where adjusted earnings of $1.71 per share topped previous guidance by $0.61. Intel also raised its full-year earnings guidance to $5.28 per share on an adjusted basis.

Yet investors had wanted more sales growth, and Intel's guidance for the rest of 2021 didn't play well to the audience either. The chip giant sees almost no sequential growth in revenue, and weakness in areas like client computing and memory storage is holding Intel back from being able to focus on other business lines in which it has done better.

Intel used to be the leader of the semiconductor industry, but rivals have caught up and surpassed their adversary. Unfortunately, the latest from the chipmaker didn't build confidence that things will seriously change for Intel in the near future.

Why Snap Snapped Back While Ford Stalled Out