The mining company completed the economic assessment for its Alaskan mine project -- and the potential returns are impressive.

Shares of Northern Dynasty Minerals (NAK 0.89%) jumped today after the mining company released a completed preliminary economic assessment (PEA) for its proposed Pebble Mine project in Alaska. Investors liked what they saw and pushed shares almost 30% higher early Monday morning. As of 11 a.m. EDT, the stock pared those gains but remained up 19.4%.

At current prices for several metals the mine will produce, including copper, gold and silver, Northern Dynasty's PEA says the project will provide an internal rate of return of 23.7%. It also calculates that the net present value of the project -- which is a measure of its profitability -- is $4.7 billion using a 7% discount rate. 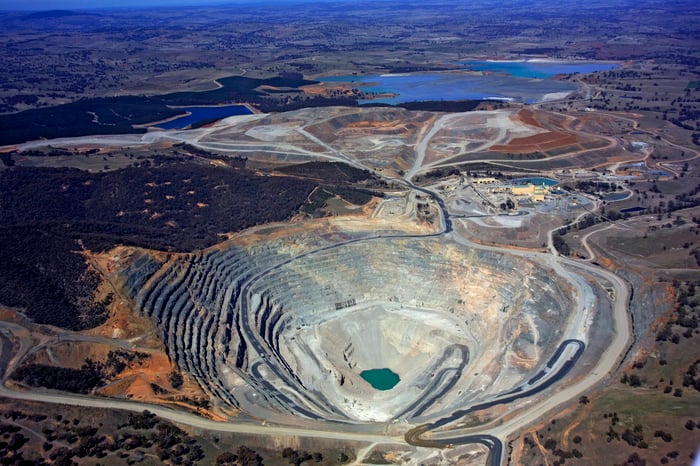 Those valuations drop using expected long-term metals prices, but investors still were impressed by the potential project returns for the 20-year open pit mining project. But the reaction to those details were also likely tempered by the fact that the project still remains in limbo waiting for resolution of a U.S. Environmental Protection Agency (EPA) review as well as ongoing lawsuit.

Northern Dynasty President and CEO Ron Thiessen said in a statement, "The 2021 PEA forecasts strong economics for the Proposed Project and also demonstrates significant optionality for future potential developments." He added that the company has made investments to ensure the project can be constructed and operated using "industry-leading environmental safeguards."

But that alone won't get the project moving. Northern Dynasty wants the EPA to more quickly decide whether it will proceed with a proposed determination review over the project's impacts to the nearby Bristol Bay watershed. The agency had previously withdrawn the review process, but subsequently decided to proceed with it.

Northern Dynasty believes that it has already complied with concerns the agency has expressed and that it has included proper protections for the project to proceed. But until the regulatory and legal process is completed, Northern Dynasty shares will remain at the whim of that process. For today, the economic benefits expected from the project have some investors willing to take on that risk.