A suitor is walking away from what could have been a blockbuster merger.

Shares of Pinterest (PINS 1.49%) fell on Monday after PayPal (PYPL -3.73%) chose not to pursue a business combination.

PayPal was reportedly in talks to buy Pinterest for as much as $70 per share. The deal would have valued the popular social media platform at roughly $45 billion. 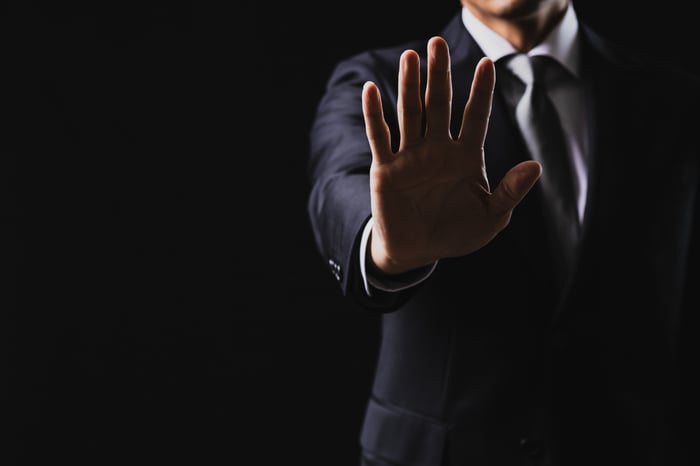 PayPal put a halt to rumors that it was seeking to acquire Pinterest. Image source: Getty Images.

However, those talks apparently proved fruitless. In a statement posted to its investor relations website, PayPal said "it is not pursuing an acquisition of Pinterest at this time."

PayPal was believed to be pursuing Pinterest to accelerate its plan to build a "Super App" that would provide a wide array of financial and e-commerce services to its users. But investors questioned the benefits of purchasing a social media platform that has seen its user growth slow in recent quarters.

Moreover, Pinterest's monthly active users declined by 5%, to 91 million, in its key U.S. market in the second quarter, as people emerged from pandemic-related lockdowns and spent more time offline. The decline stoked concerns among investors that Pinterest's most profitable market might already be saturated.

Together, these fears helped to push down PayPal's share price by more than 10% as the rumors of a potential deal intensified. The market's poor reaction may have caused PayPal's management to reconsider its plans.

News that the deal is now off drove Pinterest's shares lower on Monday. PayPal's stock price, meanwhile, rallied as much as 6.3%.