Hot off of its IPO, Dutch Bros is already commanding quite a price. Is it worth paying up for this steady compounder?

Oregon-based coffee chain Dutch Bros (BROS -0.13%) has been off to a hot start since going public on September 15. In fact, today Dutch Bros stock trades at a price of just over $70 per share, more than triple what the company priced its IPO at originally.

With the market having already bid up Dutch Bros' stock this far, investors are likely asking themselves whether or not it's still worth paying such a pretty penny for this fast-growing, drive-thru operator. Let's take a look. 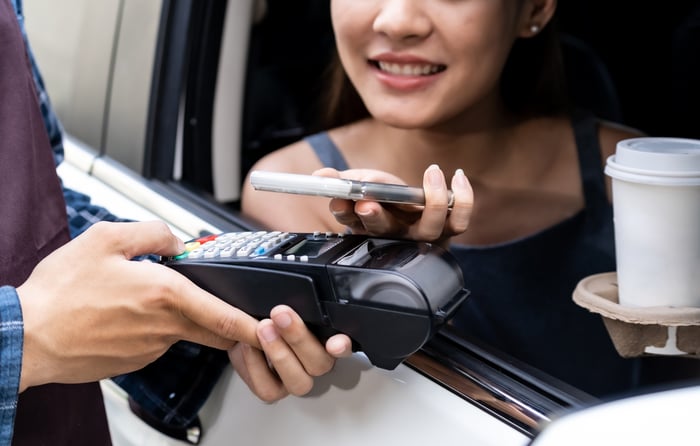 Dutch Bros has been an operator and franchisor of drive-thru coffee stands for nearly 30 years. Today, the company touts 471 locations across 11 states mostly near the West Coast. While typical drive-thru coffee stands tend to have limited differentiation, Dutch Bros, on the other hand, has proved to be quite unique. From its enthusiastic "broistas" to its odd drink names and blasting music, each location creates a quirky, yet friendly and fast-paced experience. Dutch Bros even expanded on this idea in its filing to go public, stating: "Every visit to Dutch Bros should feel like a celebration." And that objective seems to be driving customer loyalty.

In fact, within just two months of launching its mobile app, Dutch Bros was able to amass 1.6 million members. That equates to over 8% of Starbucks' (SBUX -0.15%) membership count at the beginning of this year despite having just 1.4% the number of stores as the coffee giant. As further evidence of Dutch Bros' strong customer loyalty, the company was able to deliver positive same-store sales growth for the 14th consecutive year even amid the global pandemic.

While Dutch Bros' current store count pales in comparison to other coffee companies like Starbucks and Dunkin' Donuts -- which was taken private in 2020 -- the company has announced some ambitious plans for future growth. Management believes Dutch Bros has the potential to build 4,000 locations in the U.S. over the long term. That would be more than seven times its current store count. With the company now having raised more than $500 million in gross proceeds from its public offering, financing that growth should be made slightly easier.

However, there is one hiccup in the company's growth plan. In 2008, co-founder Travis Boersma decided to limit new store expansions to individuals who were in the Dutch Bros system. While this action likely helped maintain the unique culture and inspire existing employees to operate a store of their own, it also limited the ability for rapid expansion through franchising. For reference, from the beginning of 2018 to the end of 2020, the number of Dutch Bros company-operated stores increased 392% while stores operated by franchisees grew by just 9%.

Additionally, employees have to go through the company's Leadership Pathway Program in order to develop the proper skills and know-how to operate a shop of their own. While this process likely leads to more successful and long-lasting locations, it does slow down the rate at which Dutch Bros can expand its store count. This was even made clear in the company's public filing papers when management stated that the number of locations it has identified for potential store openings actually exceeds the number of stores it plans to open in the coming years.

Currently, Dutch Bros touts a roughly $11 billion market cap, which values the company at about 109 times trailing operating cash flow. That's quite the premium to its closest peer, Starbucks, which trades at a multiple of 23. To be fair, the comparison might not be completely apples to apples since Dutch Bros appears to have more room to grow.

Yet, while Dutch Bros does seem to have a unique and replicable model with lots of customer loyalty, the current price unfortunately reflects too much growth that might not come for some time. With that in mind, investors may want to consider waiting for a better price.