Please ensure Javascript is enabled for purposes of website accessibility
Free Article Join Over 1 Million Premium Members And Get More In-Depth Stock Guidance and Research
By Keith Speights - Oct 27, 2021 at 11:04AM

The company filed for authorization of its COVID-19 vaccine in the U.K.

Shares of Novavax ( NVAX 0.46% ) were jumping 6.1% higher as of 10:48 a.m. EDT on Wednesday after rising as much as 15.8% earlier in the morning. The nice gain came following the company's announcement that it has filed for authorization of its COVID-19 vaccine NVX-CoV2373 to the United Kingdom Medicines and Healthcare Products Regulatory Agency (MHRA).

Novavax's U.K. submission is an important milestone for the company. And it's especially encouraging for investors after the company delayed its planned regulatory filings several times earlier this year. 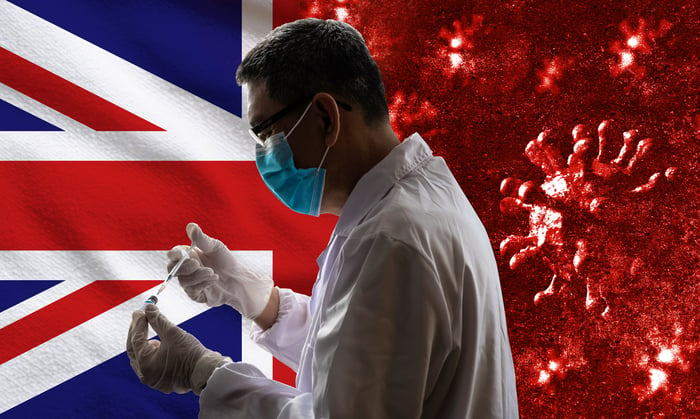 The vaccine maker has struggled in the past with manufacturing issues. However, Novavax stated that its U.K. filing included complete chemistry, manufacturing, and controls data -- a positive sign that the company thinks that it has resolved the issues.

To be sure, Novavax's submission doesn't necessarily mean that its manufacturing processes will satisfy regulators. However, CEO Stanley Erck sounded confident. He stated in the company's press release, "We look forward to MHRA's review and will be prepared to deliver vaccine doses following what we anticipate will be a positive decision."

More positive catalysts for the vaccine stock could be on the way soon. Novavax thinks that it will complete additional regulatory filings for its COVID-19 vaccine in markets including Europe, Canada, Australia, and New Zealand as well as to the World Health Organization "shortly following the U.K. submission." The company also anticipates submitting for U.S. Emergency Use Authorization by the end of this year.