One seems to have a clearer path to grow.

Facebook (META 3.45%) and Intuitive Surgical (ISRG -0.86%) aren't two stocks you'll see mentioned together very often, if at all. They have practically nothing in common. Facebook is a social-media giant, while Intuitive is the leader in robotic surgical systems.

There's one similarity between these two stocks, though: Both of them have delivered impressive long-term gains for investors. Intuitive has been the bigger winner by far since first going public. It's also outperformed Facebook over the past five years and so far in 2021.

But which of these growth stocks is the better pick now? Here's how Facebook and Intuitive stack up against each other. 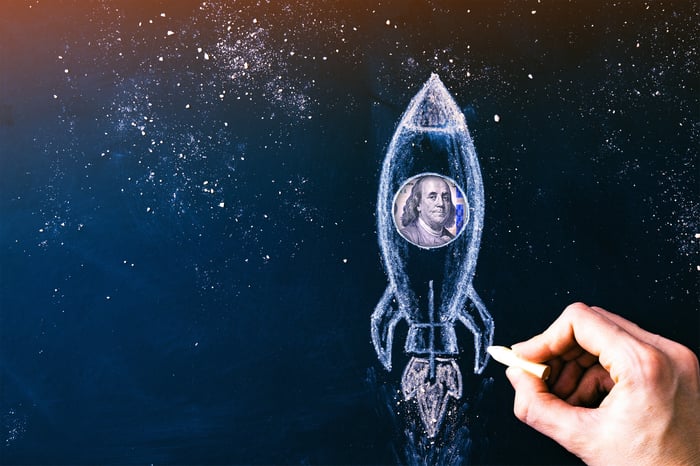 More than 1.9 billion people across the world use Facebook on a daily basis. That total jumps to 2.9 billion for monthly active users. Facebook remains one of the most attractive platforms around for advertisers to reach consumers.

How can Facebook deliver strong growth going forward when 37% of the world's population already use its products each month? Perhaps the best answer is to look at what the company is focusing on the most. CEO Mark Zuckerberg said in Facebook's third-quarter conference call earlier this week, "Our three product priorities remain our focus on creators, commerce, and building the next computing platform."

A top example of Facebook's prioritization of creators is its Reels functionality that allows users to create and share videos. Reels is already highly popular on Instagram, but Facebook has only recently begun to monetize the product by rolling out ads in the videos. The company is in an even earlier stage with launching Reels on its Facebook app.

Facebook's commerce platform includes Marketplace and Shops. Recent changes with Apple's iOS operating system make it more difficult for businesses to acquire customers on the internet. While these changes will hurt Facebook over the short term, the company thinks it could profit over the long term by helping connect consumers with businesses in creative ways.

The most intriguing growth opportunity for Facebook, though, is the metaverse -- what Zuckerberg referred to as "building the next computing platform." The metaverse will be a virtual world where users can interact with each other. Zuckerberg stated that Facebook hopes to "help a billion people use the metaverse and support hundreds of billions of dollars of digital commerce" by the end of this decade.

Intuitive Surgical pioneered the field of robotic surgical systems back in the late 1990s. Today, more than 6,500 of its systems are installed worldwide. More than 9.7 million procedures have been performed using its robotic systems.

While those numbers are impressive, Intuitive is only scratching the surface of its opportunity. The company estimates that roughly 6 million procedures are performed each year for which its systems already have regulatory clearances. By comparison, Intuitive's systems were used in around 1.2 million procedures last year.

But don't think Intuitive just has a five times growth opportunity. Around 20 million soft-tissue surgeries are performed annually. The company believes that its research and development efforts will enable it to target this broader market in the future.

Keep in mind that these are current numbers. Aging demographics will almost certainly drive procedure volumes higher over the coming decades.

To be sure, Intuitive Surgical faces increased competition. Several large and small companies now market their own robotic surgical systems. However, none of them can compare with Intuitive's long track record.

Both Facebook and Intuitive Surgical could experience some turbulence over the short term. Facebook is dealing with the aftermath of a whistleblower's allegations and the impact of the Apple iOS changes. Intuitive's business could still be negatively impacted if COVID-19 cases surge again.

However, these should only be temporary headwinds for both companies. I think that both Facebook and Intuitive Surgical should deliver strong growth over the next five to 10 years. But which is the better growth stock to buy now?

Intuitive Surgical's market cap of $124 billion is much smaller than Facebook's market cap of more than $900 billion. Intuitive also has a crystal-clear path to growth by increasing the number of procedures performed using its technology.

Facebook is betting heavily on the metaverse. I think that bet will pay off, but it's arguably a riskier growth opportunity than Intuitive's.

I like and own both of these stocks. For now, though, I'd go with Intuitive as the better pick.