The U.S. aerospace company can't seem to get out of its own way.

Three months ago, Boeing (BA -1.59%) reported a surprise profit for the second quarter of 2021. However, the aerospace-giant's luck didn't hold up for the third quarter.

On Wednesday, Boeing reported that it fell back into the red last quarter, posting a bigger loss than analysts had expected. It also continued to burn cash. Moreover, there's still no sign of an imminent turnaround.

Boeing generated $15.3 billion of revenue last quarter, missing the analyst consensus of $16 billion. While revenue increased 8% year over year, the company faced a very easy comparison, given that the pandemic was raging and the Boeing 737 MAX grounding had not been lifted yet in the prior-year period. In Q3 2018, prior to the 737 MAX grounding and the pandemic, Boeing recorded over $25 billion of revenue.

The defense and space segment brought in $6.6 billion of revenue last quarter, leading the way for Boeing. The company got smaller contributions of $4.5 billion and $4.2 billion from its commercial jets and services businesses, respectively.

Boeing eked out a tiny adjusted operating profit of $59 million in the third quarter. But after factoring in interest expense, which totaled $669 million in the quarter, the company reported an adjusted loss per share of $0.60. The analyst consensus had called for a much smaller loss of $0.21 per share.

The commercial-airplanes division remains Boeing's Achilles' heel. It posted an operating loss of $693 million last quarter, compared to a $472 million operating loss in the second quarter. A weaker product mix and $183 million of incremental costs related to the 787 Dreamliner's long-running production problems drove the sequential decline in its profitability. 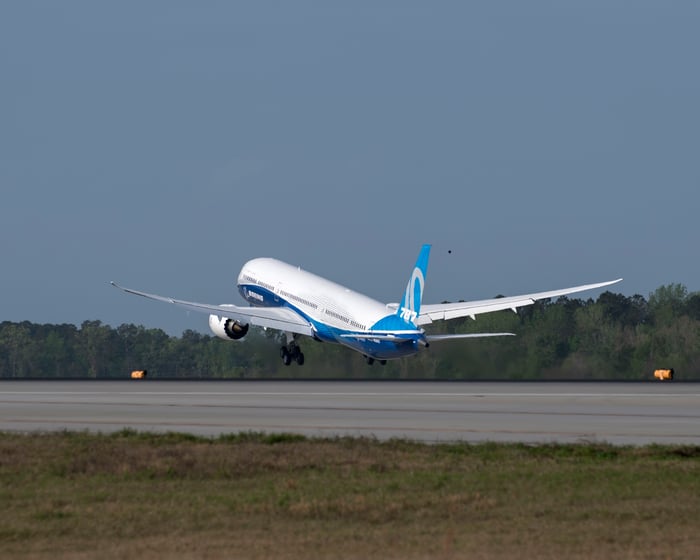 While the defense business posted a solid revenue result, its segment margin slipped to 6.6% from 9.2% a year earlier, due to a $185 million charge related to the most recent failed Starliner spacecraft test mission. As a result, the segment generated operating income of $436 million.

Finally, Boeing's services division reported a strong segment margin of 15.3% and more than doubled its earnings year over year to $644 million. However, that wasn't enough to overcome the other two segments' weak results.

Looking ahead, Boeing is likely to burn even more cash in the fourth quarter. It's starting to ramp up 737 MAX production again, increasing its expenses. Moreover, the current pause in Dreamliner deliveries may continue through year-end, according to The Wall Street Journal. That will weigh on revenue and cash receipts. 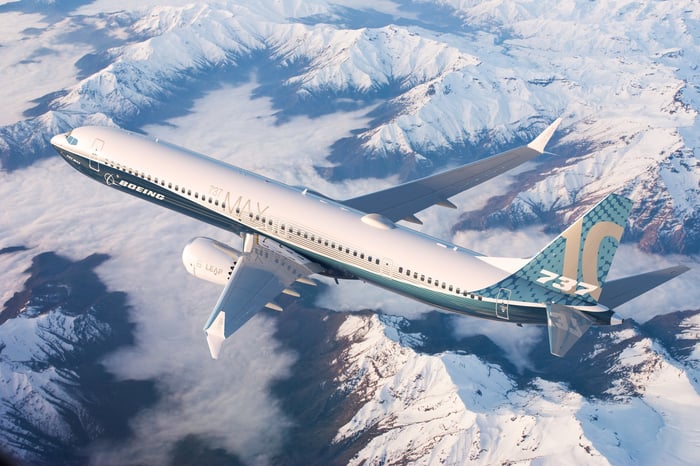 For a long time, shareholders have hoped that, despite the company's various setbacks, Boeing would return to its former glory within a few years. That isn't likely, though.

Boeing ended the third quarter with over $40 billion of net debt plus substantial pension liabilities. It will take several years to restore the balance sheet to health. In the near term, low production rates, compensation related to the 737 MAX grounding, and greater discounting will weigh on Boeing's cash flow, partially offsetting the benefit from delivering jets that have been stuck in inventory.

Once Boeing clears out its inventory of roughly 370 completed 737 MAX jets and 105 Dreamliners, free cash flow will stabilize well below the highs of a few years ago. Weak demand for passenger wide-body jets and a big market share shift toward Airbus in the narrow-body market will handicap the commercial-airplanes division's profit and cash flow for the foreseeable future.

The worst may be over for Boeing, but that doesn't mean it has a bright future ahead. Investors looking to bet on a turnaround story should probably look elsewhere.