Encore Wire (NASDAQ:WIRE) saw its shares shoot up more than 14% this week. The company, which manufactures copper and aluminum electric building wire and cable, opened on Monday at $114.62 and rose as high as $131.28 on Thursday, which is its 52-week high. The stock is up more than 114% this year. 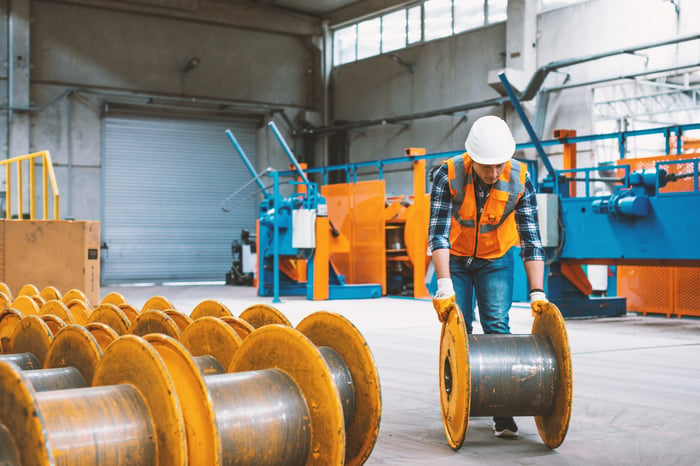 There are a lot of other reasons to like Encore. It has no long-term debt, it improved its cash position to $294.9 million through Sept. 30, up from $157.9 million sequentially, and in the quarter it repurchased 393,379 shares of its stock. 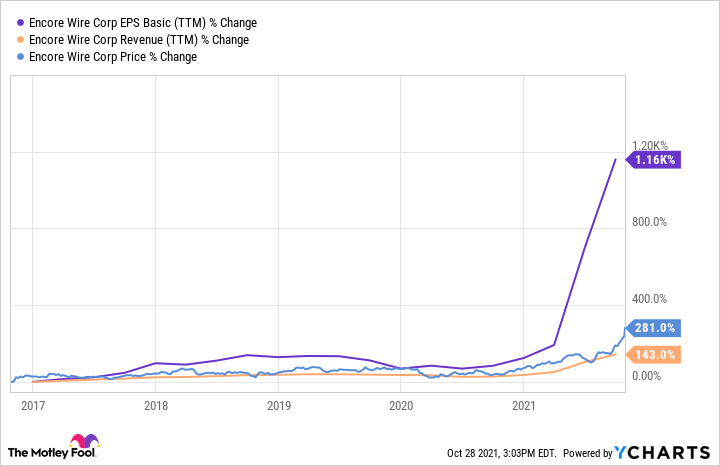 With a price-to-earnings ratio of 10, the infrastructure stock appears to be a good buy despite the rise in the stock's price. The price of copper came down a bit in the quarter, but it remains near its all-time high of $4.88 per pound and that's good for Encore. CEO Daniel L. Jones, in his company's third-quarter earnings call, said its vertical integration has allowed it to produce copper and aluminum wire at lower costs than competitors, leading to higher profit margins and less supply disruption, with strong fill rates.

Encore has been a steady performer for a while. Over the past five years, the company's earnings per share has risen 1,160% while revenue has risen 143% over the period.

One concern will be how much the China Evergrande Group debt crisis affects the copper wire market as that country is the world's largest purchaser of copper. However, other factors point to a potential boom in electric wiring, at least domestically. With more people working from home, there's a need for better electric and internet connections; Congress' goals for improving infrastructure will also boost demand for more electrical wiring, particularly in electric vehicles; and the expected housing boom to meet a tight supply will create the need for more wiring as well.