Casper shares have declined since its market debut last year.

Consumers may be getting a good night's sleep on Casper Sleep (CSPR) mattresses, but investors in the stock are missing out on beauty rest. In fact, they may be tossing and turning as they think of Casper's performance since its initial public offering in early 2020. The stock has tumbled more than 70% since.

Casper has increased revenue -- and it even reported record quarterly revenue in the second quarter. But supply-chain issues and raw-material costs have stood between the company and profitability goals.

Still, Casper is working on three areas that are likely to boost business moving forward. Could these three elements also awaken the stock? Let's take a look at each. 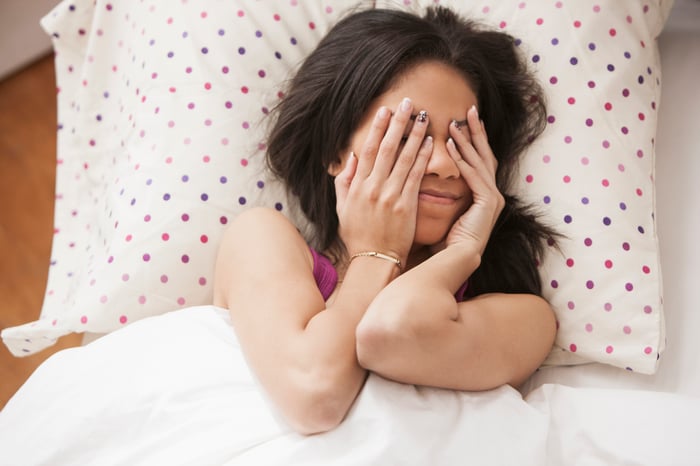 While this may seem like a simple product, it's actually a key to getting into more and more bedrooms. The two problems with selling mattresses are as follows: They tend to be expensive items and people don't replace them very often.

Pillows are less expensive, so new customers are more willing to give them a try. And consumers replace them relatively often -- so pillows are a way to keep the customer coming back sooner and more frequently.

Casper said in its most recent earnings call that it's noticed pillows are a "great entry product." The company aims to capitalize on that by aggressively expanding in pillows. The goal is to launch them in every Costco store, 500 Walmart stores, and in Bed Bath & Beyond. This is a good way to gain on sheer volume sold -- and at the same time, introduce consumers to the brand.

Speaking of selling products at stores, let's talk partnerships. Casper recently announced a partnership with Bed Bath & Beyond. This involves selling Casper products through the retailer's website, its mobile app, and in certain stores. The company also said in its earnings call back in August that it would announce more partnerships in the coming months.

These partnerships are key -- especially the physical-store opportunity. Consumers usually will go into a mattress shop only when they need to buy a mattress. But they go to stores like Bed Bath & Beyond or Costco for various other products on a regular basis. Introducing items in these locations gives Casper an opportunity to connect with potential customers all the time -- and as mentioned above, sell pillows and other accessories that people replace more frequently.

Casper aims to expand sales of its premium-priced mattresses. Part of the strategy here involves increasing the number of distribution points so customers can see and try products. The company says its research has shown customers are willing to pay more for Casper items, thanks to the strength of its brand.

Casper says about half of customers who buy the Wave and Nova mattress models choose to add on the Snow cooling technology for an extra $500. Customers also are flocking to the higher-priced Hyperlite sheets, which are Casper's top-selling sheet set.

Premium products usually result in higher gross margins for Casper when selling through retailers. So this is definitely a plus. It also should help Casper compensate for rising raw materials prices.

Can these elements boost Casper stock?

I'm not convinced these efforts will provide a big boost to Casper's share price in the short term. They could be an element that will offer a lift in the long term, though. That's because they should help Casper's revenue -- and they may help the company on the path to its profitability goal.

Still, Casper faces a lot of competition -- from small players to market-leader Tempur Sealy International. Even with the smart strategies above, growth may not be easy. That's why I'd rather watch this mattress maker from the sidelines.

The Fall and Rise of Casper Sleep Stock
401%