This investment firm has rapidly grown its revenue from last year. Can it keep it up?

We're in the thick of earnings season, and one dividend stock that has caught my attention is Blackstone Group (BX 2.19%). The investment firm, best known as one of the world's biggest leveraged-buyout concerns, has posted eye-opening growth this year as demand for its investment products explodes.

During the third quarter, Blackstone crushed analysts' expectations. It beat revenue estimates by 33% and earnings per share (EPS) forecasts by 43%, and the company posted its best results in its 36-year history. "We have more avenues for growth than ever before, and I believe we are in the early stages of a long-term acceleration in our business," Chief Executive Officer Stephen Schwarzman said in a statement accompanying the company's earnings release on Oct. 21. Investors want to know: What is driving growth for this dividend stock, and is it a buy?

Blackstone Group invests in alternative asset classes on behalf of its limited partners, which include institutions, such as pension funds, high net-worth individuals, and family offices. It focuses on a few different asset classes, including private equity, real estate, public debt, and public equity, among others. Simply put, the firm receives money from investors, and seeks out investments that it believes could outperform the broader market. The firm uses its size and scale to invest in assets that sometimes aren't easily available to average investors, and uses leverage to help generate excess returns on these investments.

The firm makes money in a few different ways, including management fees, incentive fees, and performance allocations -- which made up the bulk of its revenue in the past year. Performance allocations, also known as carried interest, are those profits received by Blackstone in return for an investment's outperformance compared to a given benchmark. 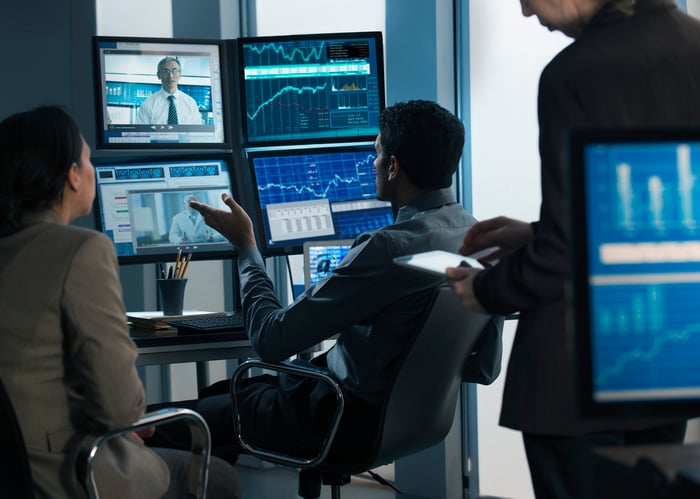 In the third quarter, Blackstone posted revenue of $6.2 billion, an impressive 105% jump from the same quarter last year. Net income for the period rose 88.6% to $3.2 billion. Growth in management and advisory fees was solid, up 25% from last year. Total investment income, which includes performance allocations, came in at $4.8 billion, a 123% from a year earlier. Meanwhile, its assets under management (AUM) grew 25% from last year to $730 billion.

During Blackstone's earnings call, CEO Schwarzman said the latest results "represented a defining moment in terms of our expansion into the vast retail and insurance markets" and that "today's results are proof-of-concept, and I believe we are only at the beginning of a long-term acceleration of growth." He went on to say that the firm is experiencing record demand for alternative-asset products from a wide range of clients -- a significant driver of growth this past year.

Here's what investors should be aware of

One thing investors must consider is that the firm's reliance on performance-based income can make more earnings more volatile. Although fixed-rate revenue items like management fees can stabilize earnings, performance fees can magnify gains or losses from year to year. Between 2013 and 2020, Blackstone's performance fees ranged from $1.7 billion to $4.3 billion.

However, Blackstone does have positive factors that support its long-term growth story. Since 2013, its AUM has grown at a rate of 16% compounded annually, while its management and advisory fees -- a more stable source of revenue -- have grown at a rate of 11% compounded annually. Although investors should be aware of potential volatility in earnings, Blackstone has proven it can increase its more stable revenue sources with its appeal to clients looking for alternative investments. That, coupled with its 2% yield, makes it a solid dividend stock worth owning.