This quarter is a critical moment for the company after finally rebounding from its recent lows.

It's been a stressful year for shareholders of mobile gaming competition platform Skillz (SKLZ -3.20%). The stock declined from a high of over $45 per share all the way down to less than $8 after investors sold off former special purpose acquisition companies for several months.

Its rapid pace of cash burn has plagued the company, and investors are looking to its looming 2021 third-quarter earnings report for signs of improvement. Here are the key questions the company will need to answer when it reports on Nov. 3.

1. Is user growth back on track?

In the second quarter of 2021, the company's most recent quarter, Skillz grew paying monthly active users 53% year over year to 463,000. Management has emphasized that paying users, those who participate in paid matches on the platform, are what it concentrates on since non-paying users don't currently contribute revenue to the business. 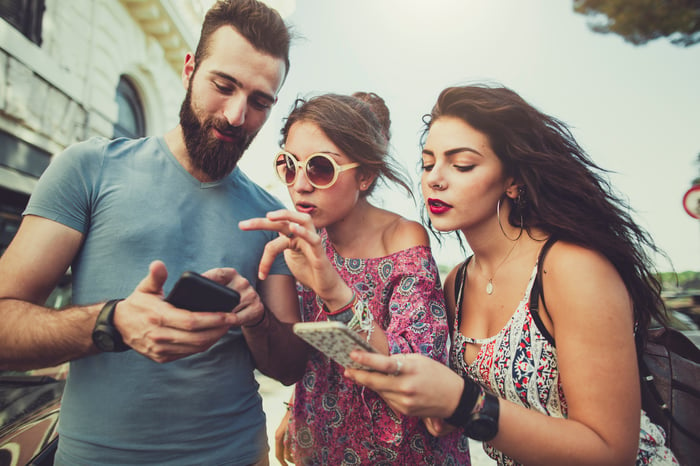 While this is a good headline figure, investors were alarmed that paid users declined slightly quarter over quarter (down from 467,000). Sales and marketing expenses grew from $96.3 million to $99.5 million over that same period.

In other words, Skillz spent more on marketing but still lost some of its paying users, which management believes is the most important metric to track for the business.

The company experienced an increase in paid user growth during the pandemic, so it's reasonable to argue that user activity should level out as people return to their normal routines. However, a continued slide in the third-quarter report would be a red flag.

User activity ties nicely into Skillz's finances and how much cash the company is burning to achieve its results. It's currently unprofitable -- sales and marketing expenses alone exceeded revenue in the second quarter.

This is arguably the biggest problem for investors, because the company has no path to turning a profit when it's spending so much on marketing. It also raises the question: If marketing spending slows down, what happens to revenue growth? It's a fair question, and management has emphasized the business is working to grab market share, while its 95% gross margin indicates the company could be profitable if it wanted to prioritize such a strategy.

Still, there are some reasons to believe this situation could improve over the coming quarters. Earlier this year, Skillz acquired Aarki, an adtech platform, for $150 million in cash and stock. Skillz CEO Andrew Paradise expects the addition of Aarki to help reduce how much the company spends to bring in new users. He noted the company will set aside roughly $200 million this year for advertising to new users, but Aarki's adtech platform could brings savings of 20% to 30% since Aarki's profits on that ad spending would simply go back to the company.

Skillz should also end up advertising less to attract users as it launches more well-known games that have their own brand appeal. The upcoming titles from its NFL partnership could be an example of this at work. Trivia Crack, one of the most popular trivia games in the world, just launched a Skillz version of its game. Investors will want to see how the company can balance marketing spending with revenue growth over the next several quarters as these new initiatives play out.

3. What is the status of the India launch?

Paradise has said all year the company was on track to launch in India by the end of 2021, and we are quickly approaching that deadline. The company recently hired a new chief product officer, Vatsal Bhardwaj, who previously worked at Amazon and Facebook. In addition to being someone who can focus on the content on the platform, Bhardwaj has experience previously leading the social media giant's growth efforts in India.

It could be a coincidence, but the looming entry into India is likely behind Bhardwaj's addition to the leadership team at this critical time. Like many things with this young company, it will take several quarters to judge the success or failure of the Indian market. However, announcing a formal launch before year-end would be a welcome sign of solid execution for a company that is still building credibility with the markets.

Why Skillz Soared This Week

Why Skillz Stock Is Stumbling This Morning
413%