Zillow is taking a big hit as it exits the home-flipping business. It may be doing you a favor.

Let's talk about Zillow Group (Z 1.90%) (ZG 1.84%). It's on your mind right now, and it's naturally on my mind, too. The stock opened sharply lower on Wednesday after the company announced that it was bowing out of the home-flipping business.

It's a pretty big deal. We have to go back to May of 2017 when the leading online housing portal began testing what it called Instant Offers at the time, working with Premier Agent partners in Las Vegas and Orlando to assess a home's market value within two business days. A year later it began to expand into new markets, eventually rebranding the platform as Zillow Offers.

I'm not surprised to see the stock take a hit on the news that the company is shutting down its home-flipping business. It had become a large part of its top-line growth in recent years. However, I'm also relieved. Raising the white flag isn't popular right now, but it's a smarter move than you might think. Let's see why this could be a good thing even as the stock's plunge this week suggests that the market disagrees with me. 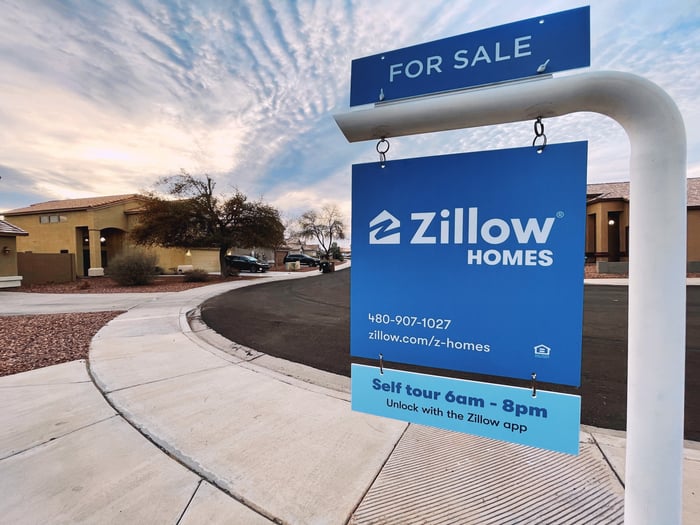 1. Zillow Offers was a money pit

The bullish case for Zillow diving into the iBuying market was potent. We were all watching the home-flipping reality shows or knew people personally that were restoring ugly homes for a profit. Zillow also brought market intelligence to the table. It had all the big data points of where its website and app users were searching for homes, targeting the percolating neighborhoods for potential pieces of appreciation.

Reality wasn't as kind. As I pointed out two years ago, Zillow wasn't selling its properties for more than it bought them for once you factored in the improvements as well as the selling and holding costs. Zillow was losing an average of $4,000 on each home it flipped. The math would go on to improve -- up to a profit of more than $7,000 per home sold in its latest quarter -- but that was before factoring in the other escalating costs to run the business. Its Homes segment delivered an operating loss of $312 million in 2019 and $320 million in 2020.  =The segment's operating deficit was $539 million through the first nine months of the year.

Zillow Offers was a great way to pad its revenue. It was painful at the other end of the income statement. The pandemic may have made things worse for Zillow, but if flipping homes was a money-burning business for the company when real estate prices were rising, what would happen when the pendulum turned in the other direction?

Before Zillow became a negative net margin home flipper, it was a vibrant online resource for all parties. Home seekers would dream out loud as they surfed the app for aspirational digs. Folks looking to sell their properties would lean on the transparency of the portal to see what was possible. Real estate agents would be there to catch them all, paying up to be Premier Agents to seize these valuable leads.

Zillow is still there. The flagship business -- collectively known as IMT for Internet, Media, and Technology -- wasn't growing as quickly as the Zillow Offers segment where it could buy its growth, but it has never stopped widening its reach. IMT revenue rose 19%, 6%, and 14% in the last three years, respectively. IMT revenue is up 37% through the first nine months of the year. More importantly, this is a business that has historically been very profitable for Zillow.

"Ultimately, we determined that further scaling up Zillow Offers is too risky, too volatile to our earnings and operations, provides too little opportunity for return on equity, and serves too narrow a portion of our customers," Zillow explained in Tuesday's shareholder letter.

Going back to its roots means that it will be less risky, less volatile to its earnings and operations, provide a larger opportunity for return on equity, and serve all of its 227 million monthly active users.

3. Farewell to conflicts of interest

It was a tale of two social medias on Tuesday night. Investors were bummed, and that pain is not lost on me. However, I also saw some of my friends that were in residential real estate more than happy to dance on the grave of Zillow Offers.

Realtors that never posted about Zillow -- seeing it as a competitor on the Zillow Offers end and little more than a necessary indulgence on the Premier Agents front -- were delighted with the news. Outside of sharing that viral TikTok video two months ago spreading the conspiracy theory that Zillow was driving up home prices just to flip properties into the frenzy, real estate pros can start seeing the platform as an ally again.

A fun fact to end on: Zillow closed at $53.60 on April 12, 2018 -- the day it officially stopped "testing" Instant Offers by adding Phoenix as a third city. With the stock trading below $74 just minutes ahead of Wednesday's open, we're talking about a 38% return in the same span of time that the market is up 74%. This has been a great time for real estate investing, but Zillow has clocked in with roughly half of the market's return since it made Instant Offers a legit growth vehicle. The stock is cheaper than you think. And the business that will remain is stronger than you think.