All these stocks have increased their dividends for at least 34 years in a row.

For an S&P 500 stock to become dividend royalty, it has to have increased its annual dividend for at least 25 years in a row. Currently, only 65 of the stocks in that index of large-cap companies qualify, with seven of these Dividend Aristocrats coming from the financial sector.

Dividend Aristocrat status generally implies that the company is not only a good stock for income investors, but that it is also typically a good stock for consistent long-term returns. That's because a company that can maintain an increasing dividend has a lot of things going for it, especially stability.

Here are three Dividend Aristocrats in the financial sector that would make good investments today. 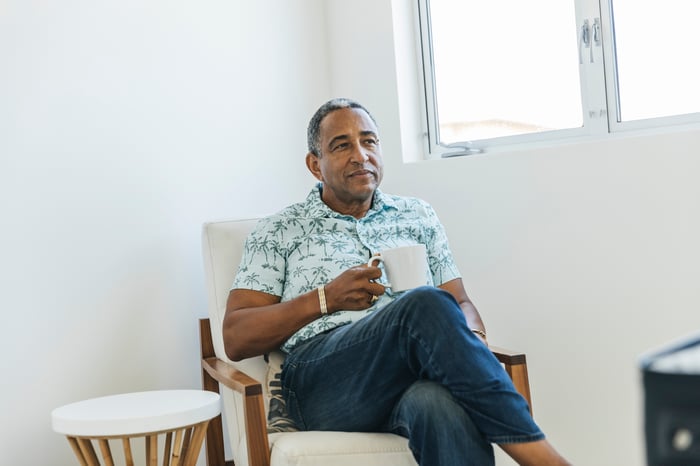 S&P Globalʻs dividend has been so consistent because the company is extremely efficient, with a return of equity of 75% and an operating margin of 54%. That is because it operates with moats in two of its businesses -- credit ratings and indexes. It is the largest credit rating agency, along with Moody's, in a business where there are only three major competitors, and it is one of only a handful of major players in its index business, as the owner of the S&P 500 index, among many others.

It also has a robust financial data and analytics arm, which gives it a third major revenue stream to balance out the other two. These advantages arenʻt going anywhere anytime soon, so you can expect S&P Global to keep delivering increasing dividends and strong long-term returns.

T. Rowe Price (TROW -1.77%) has a streak of raising its annual dividend 34 years in a row. While this is not as long as S&P Global, the asset manager pays out a considerably higher dividend yield, 1.99%, which is above average among stocks in the S&P 500. T. Rowe Price pays out a quarterly dividend of $1.08 per share, or $4.32 per share annually.

The dividend has doubled since 2016, when T. Rowe Price paid out $0.54 per share each quarter, or $2.16 per share annually. On top of that already great dividend, T. Rowe Price gave out a special one-time dividend of $3.00 per share this year, making the annual payout a total of $7.32 per share.

The special dividend was given to shareholders due to the company's "healthy cash position," as CEO William Stromberg said. It is T. Rowe Price's capital strength that makes it stand out, even among Dividend Aristocrats. T. Rowe Price has virtually no debt, with $3.4 billion in cash, $2.6 billion in free cash flow, and an operating margin of 48.4%. It has long been one of the best active asset managers in the world, but the excess cash has allowed it to branch out into other areas.

Last year it began offering actively managed exchange-traded funds (ETFs,) and just this past week it acquired Oak Hill Advisors to expand into alternative investments. These investments, and certainly others to come, given its capital strength, should sustain this rock-solid company's dividend for years to come.

Franklin Resources (BEN 0.33%) is another asset manager, most known as the owner of the Franklin Templeton fund family. Unlike S&P Global and T. Rowe Price, which have been stalwart long-term performers, Franklin has had its ups and downs -- mostly downs over the past decade. It lost market share, as mostly an active asset manager, during the bull market run, as performance lagged. The stock has basically had 0% annual growth over the past decade through Oct. 31, and that is including a nice 38% return year-to-date in 2021.

But Franklin has been able to keep increasing its dividend for 40 straight years. Currently, the company pays out $0.28 per share each quarter at a high yield of 3.56%. Annually it distributes $1.12 per share, a number that is up from $0.74 per share five years ago. It also has a manageable payout ratio of 44%, which is higher than the other two, but not at a level that investors should be concerned about.

If Franklin was able to maintain its dividend through a lean period, it should be able to continue to do so, as it has made some key acquisitions in the past year in a consolidating asset management industry. It bought one of its main rivals, Legg Mason, which brings strength in fixed income and institutional management, balancing out Franklin's equity and retail core capabilities. In September, it acquired custom indexing firm OʻShaughnessy Asset Management, signaling a move into indexing and ETFs.

Certainly, S&P Global and T. Rowe Price would be my top recommendations among the three, but Franklin has a low valuation with a forward price-to-earnings (P/E) ratio of 9 and a price-to-earnings-growth ratio of 0.52, with growth potential via the acquisitions and improved investment performance.