Despite the stock's triple-digit gains this year, the network-software specialist still managed to impress.

Expectations were undoubtedly high going into Cloudflare's (NET 7.25%) third-quarter update on Thursday afternoon. After all, shares are up more than 160% year to date as the company has been growing at a blistering pace. Despite investors' sky-high expectations, the company seems to have managed to still impress investors -- at least based on the stock's more than 5% gain in after-hours trading on Thursday, as of this writing.

Not only did Cloudflare keep up its 50%-plus growth, blowing away analyst estimates, but it achieved non-GAAP (adjusted) profitability for the first time -- one year ahead of its original timeline. 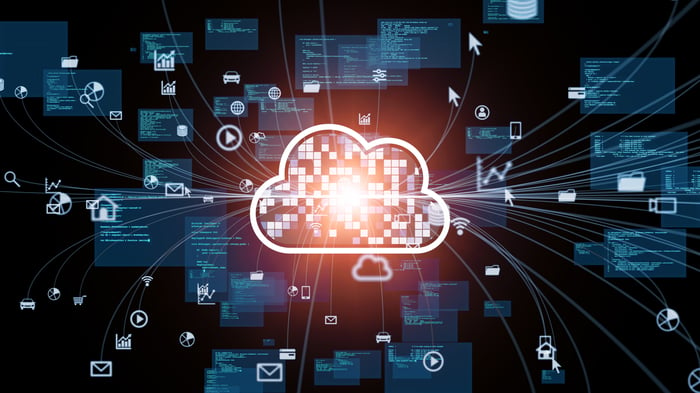 This growth was helped by outsize growth in large customers, or customers contributing $100,000 or more in annualized sales to the company's business. The company added "roughly" 170 large customers during the quarter.

Not only was this a record amount, but it was significantly higher than the company's previous quarterly record (set in Q2 2021) of "roughly" 140 large customers. Capturing the momentum of this customer subset, total large customers amounted to 1,260 -- up 71% year over year.

But Cloudflare's strong customer and top-line growth fail to capture one important facet of this growth story: its improving profitability.

"Our strong growth and efficiency also propelled us to reach [non-GAAP] profitability this quarter, achieving that milestone a year ahead of our original timeline," said Cloudflare co-founder and CEO Matthew Prince in the company's third-quarter earnings release.

In investing, it's often said that "winners keep on winning." While this doesn't always prove to be true, it's certainly how 2021 has played out for this growth stock.

Is Cloudflare Stock a Buy Now?

Could Cloudflare Stock Return to Growth in 2023?