These are exactly the kinds of stocks you can buy and hold for the long term without worrying.

You've no doubt heard of FOMO -- the fear of missing out. However, I think there's an even greater fear many investors have that doesn't have an acronym: the fear of losing money. This fear has without question caused some to miss out on significant gains.

Perhaps the best way to overcome the fear of losing money is to find specific stocks that have great long-term growth prospects. These stocks should give you confidence that you won't lose money and should instead make a lot of money if you hold long enough. Here are three explosive stocks to buy right now without any hesitation. 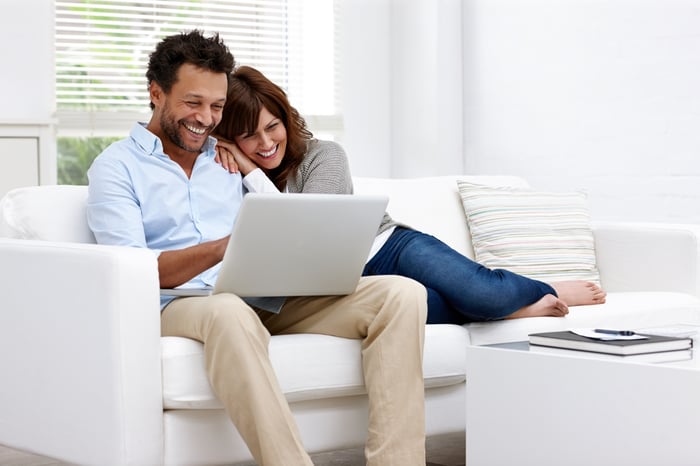 Nvidia (NVDA 5.14%) stock surged 23% in October and has more than doubled year to date. This chipmaker should have plenty of more room to run.

You'd be hard-pressed to find a stock that's poised to win in as many strong growth areas as Nvidia. Gaming ranks near the top of the list. The company's graphics processing units (GPUs) are the gold standard for gamers.

Augmented reality and virtual reality, specifically including the metaverse, extend beyond just gaming. Nvidia is set to be one of the biggest winners in this arena as well.

Then there's artificial intelligence (AI). Nvidia's chips already power many of the servers that host AI apps. The company is also a leader in self-driving car technology.

In addition to all of these, Nvidia has great opportunities in cryptocurrency mining and high-performance computing. It's quite possible that the company joins the $2 trillion club in the next decade if not sooner. Nvidia is a must-own stock for the technologies of the future.

Speaking of technologies of the future, don't overlook robots. Thanks to Intuitive Surgical (ISRG 1.64%), though, robotic surgical systems are already widely in use. Since first developing its da Vinci system in the late 1990s, Intuitive has installed more than 6,500 units worldwide.

COVID-19 presented a big challenge for Intuitive with hospitals pushing back non-emergency surgeries. Even with this headwind, though, the healthcare stock soared 38% in 2020 and is up more than 30% so far this year.

Intuitive has kept winning customers despite facing increased competition. Rivals are likely to continue finding it hard to steal a large market share from Intuitive because of its long track record and loyal customer base.

I think that the best thing about Intuitive Surgical is that the company still has tremendous growth prospects. There are more than 15 times more soft tissue procedures performed annually that don't use robotic assistance than were done with da Vinci last year.

You might not view MercadoLibre (MELI -0.14%) as an explosive stock based on its dismal returns this year. However, over the last three years, its shares have more than quadrupled.

MercadoLibre reigns as the e-commerce leader in Latin America. The company operates in 18 countries, notably including Argentina, Brazil, Colombia, and Mexico. It's No. 1 in every major country where it does business based on unique visitors and page views on its platform.

Even with its impressive growth in recent years, MercadoLibre is only scratching the surface of its opportunity. Morgan Stanley projects that the e-commerce penetration rate in Latin America will double over the next four years. MercadoLibre is in the best position to benefit.

A New Bull Market Is Coming: 3 Stocks That Could Skyrocket

Nasdaq's Correction Could Be Nearly Over: 3 Stocks to Buy Sooner Rather Than Later
409%