An implosion for the popular cryptocurrency seems likely. It's just a matter of time.

Recent history is chock-full of once high-flying cryptocurrencies that plunged 90% or more. There's no reason to expect that Shiba Inu will fare any better than its predecessors.

In the meantime, there'll be some people who could make money trading the digital token. However, sooner or later, many investors could be stuck with huge losses.

The best move is to not be in the group left holding the bag. But just in case, here are three stocks to buy that can help you pick up the pieces after Shiba Inu implodes. 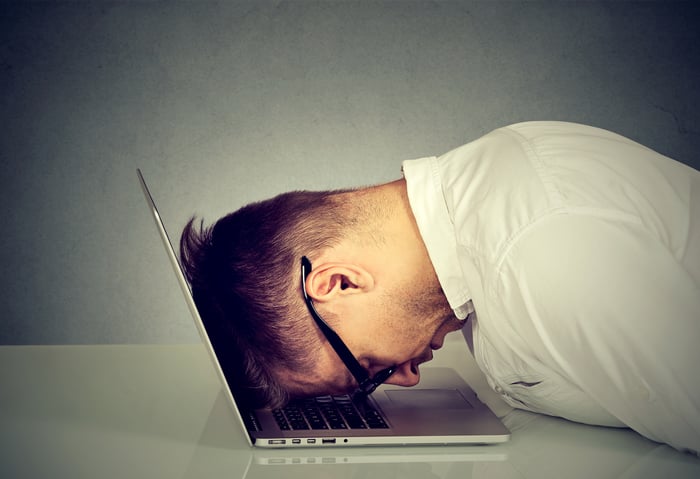 While Shiba Inu is super-risky, Alphabet (GOOG -3.29%) (GOOGL -2.75%) ranks as one of the most solid companies on the planet. Just look at its financials.

Alphabet has generated more than $239 billion in revenue over the last 12 months. It's made nearly $71 billion in profits and sits atop a cash stockpile of a whopping $142 billion. Like I said, solid.

Even though Alphabet's market cap stands near $2 trillion, it should grow even larger. The company continues to reign as a go-to platform for advertisers with its Google Search, YouTube, and other apps. Google Cloud's momentum seems unstoppable.

Regardless of what the U.S. Congress does and no matter what happens with Shiba Inu or other cryptocurrencies, the future for infrastructure looks bright. And Brookfield Infrastructure (BIP 0.49%) (BIPC -1.87%) stands out as one of the best infrastructure stocks to buy right now.

The stock's total return has trounced the S&P 500 over the last decade. Brookfield Infrastructure's attractive dividend distribution continues to be an important part of its total return.

Look for these winning ways to continue. Brookfield Infrastructure uses an asset-rotation strategy where it sells lower-growth assets to fund acquisitions of potentially higher-growth assets. With an infrastructure supercycle underway, the company should be able to find plenty of these high-growth opportunities in the coming years.

Innovative Industrial Properties (IIPR -1.55%) stands out as another top stock that can help you recover if you lose money on Shiba Inu. The company is a real estate investment trust (REIT) that focuses on the regulated cannabis industry in the U.S.

Cannabis companies that need capital have limited options available today due to federal laws. IIP provides a solution by buying their properties then leasing them back to the cannabis operators.

These sale-leaseback transactions have enabled IIP to grow its revenue by 3,600% over the last five years. During the same period, the stock has delivered a total return of more than 1,500%.

IIP shouldn't have any problems keeping this growth going. The company currently owns only 76 properties in 19 states. There are another 17 states where either medical or recreational cannabis is legal in which IIP doesn't operate yet.