The beaten down social media stock had a much-needed good day.

The overall stock market finished the week with a strong day on Friday, but social media company Pinterest (PINS 1.49%) was a big outperformer. With just minutes to go in the trading day, Pinterest shares had spiked higher by more than 6%.

The short version is that the move was triggered by Pinterest's third-quarter earnings report. But on the surface, it might seem surprising that shares are reacting positively, especially since Pinterest's monthly active users (MAUs) declined by 2% compared with the second quarter and also missed analyst expectations. The 444 million MAUs Pinterest reported were 10 million less than it had at the end of June. 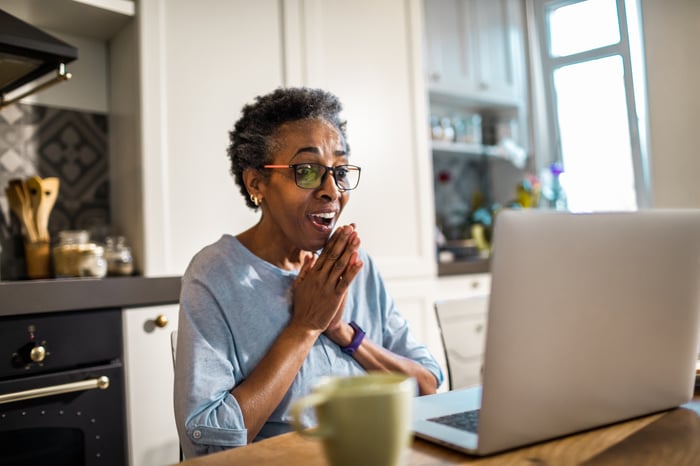 However, Pinterest is doing an excellent job of monetizing its users, and that's why we're seeing the stock have such a strong reaction. The average active user generated $1.41 in revenue for the platform during the third quarter, which was more than analysts had expected, and was a sharp improvement from $1.03 per user in the third quarter of 2020.

Pinterest is doing an especially good job of boosting revenue from its international users, which make up about 80% of the total but severely lag U.S. users in monetization. Pinterest's average active international user generates 81% more revenue for the company than a year ago.