America is in the midst of a home-buying frenzy driven by some of the lowest interest rates ever and a supply of homes for sale that keeps lagging behind demand. There's also the pandemic's lingering effect: Many people want to continue working from home, increasing the need for more living space in bigger homes, while interest in living in the suburbs and beyond grows.

On top of that, many people still hold dear the American Dream of owning a place to call home -- whether it's a yard with a picket fence or a balcony with metal railings -- as an investment that builds wealth and a sense of commitment to home and community. 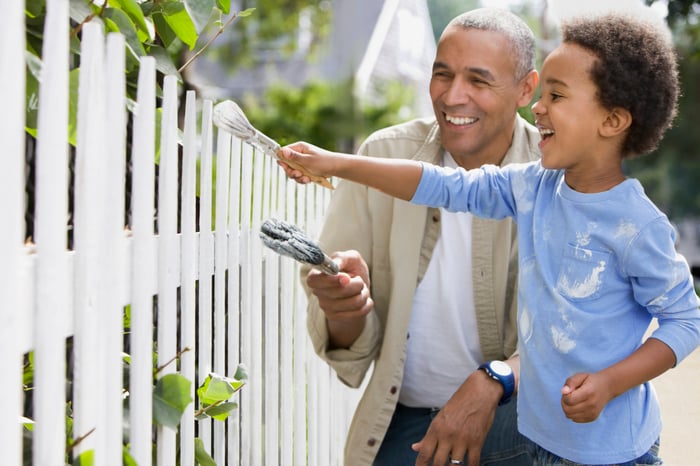 Homeownership growth now in the hands -- and pockets -- of the millennials

Even with affordability and supply limiting who can spend how much and where, research shows homeownership rates have been rising.

"To some extent ... interest in homeownership has been on a fairly consistent upward trajectory for several years as the post-recession economy improved," says a new report from Filterbuy titled, "Cities With the Highest (and Lowest) Homeownership Rates."

A big driver is demographics: That huge cohort of millennials -- people age 26 to 40 -- have put behind the scars of coming of age during the Great Recession and now find themselves in a financial position to start families and buy homes.

So, where is this generation of buyers choosing to set up hearth and home?

Homeownership rates are edging up even in the lowest-ranking markets

Drawing on data from the Census Bureau, U.S. Bureau of Economic Analysis, and Zillow, Filterbuy examined the nation's 75 largest housing markets. The number-crunching placed Cape Coral-Fort Myers in southwest Florida at the top, with a 2020 homeownership rate of 77.4%, up 10.9 percentage points since 2016. Second was the Birmingham-Hoover market, Alabama's biggest metropolitan area, at 76%, up 7.3 percentage points since 2016.

The lowest homeownership rates were in the high-priced, heavily urban markets in and around San Francisco, Los Angeles, New York, and Honolulu, markets where housing is costly and renting is more common. At the bottom of the heap was the Los Angeles-Long Beach-Anaheim market at 48.5% homeownership, which was actually up 1.4 percentage points from 2016. Just behind that was New York-Newark at 50.9%, up half a percentage point in four years.

There are still some big generational and ethnic differences in homeownership rates. The Filterbuy research found a very clear demarcation here: Homeownership was 39.1% for people under 35 but 62.7% for the next-oldest group, people ages 35 to 44. The rates then rise as ages do, up to 80% for Americans 65 and older.

But it's not just the young who lag in ownership rates. "Other demographic groups have struggled," the report said. For instance, Hispanic/Latino and Black Americans have homeownership rates of 50.1% and 45.1%, respectively. That compares to a rate of more than 75% for non-Hispanic white Americans.

Homeownership has long represented a way to build personal wealth, along with educational and income opportunity, which can then be passed to the next generation. Then there's the opposite effect: the inability to afford or otherwise not have access to homeownership can limit that ability to improve financial health through the power of this passive investment.

But beyond that, whether buying a home to occupy, rent or flip in a quick sale, a look at this kind of data can help inform any decision.