The outerwear company is benefiting from making most of its products in Canada.

Canada Goose also announced it was raising its full-year guidance and said, unlike the rest of the world that's beset by supply chain problems, it has plenty of raw materials on hand to more than meet demand for not only this year but next year, too. 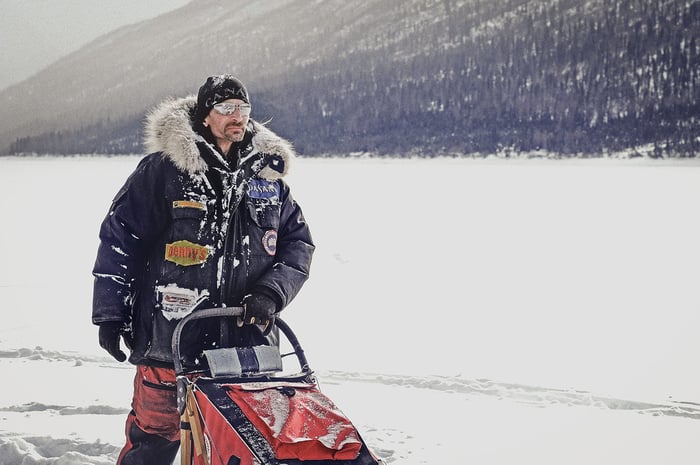 Canada Goose reported that revenue for the quarter was up 20% from last year to $186.6 million, with adjusted earnings per share of 0.12 Canadian dollars ($0.10) rising by a like percentage while also handily beating consensus estimates of CA$0.10 per share.

Its results were boosted by continued demand in China as the high-end clothing company saw direct-to-consumer revenue from the mainland surge 86% from last year. It also anticipates a strong holiday season in Canada, which led it to raise its share price guidance to a range of CA$1.17 to CA$1.33, beating Wall Street's forecast of CA$1.16.

Because Canada Goose produces most of its goods in Canada, it doesn't face the same supply chain constraints afflicting most other businesses. CEO Dani Reiss told Reuters, the clothing company has "all the finished goods and all the raw materials that we need to satisfy all of demand for this year," as well as having plenty to make sufficient inventory for next year.

The supply chain crisis had officials warning that Americans should lower their expectations for holiday shopping because they wouldn't be able to buy everything they wanted. Numerous retailers have resorted to chartering their own container ships to try to get sufficient products onto the store shelves.

With the the fiscal third quarter typically accounting for half of Canada Goose's annual revenue, investors are having warm feelings for the apparel stock and are sending its shares soaring.

Down 60%, These 3 Fashion Growth Stocks Could Make Great Long-Term Investments
410%