There wasn't much in the way of company-specific news during the month, but shares fell following a big analyst downgrade. 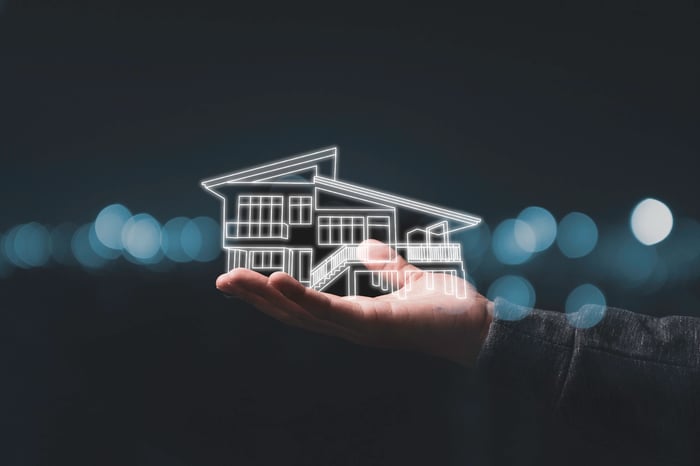 On Oct. 18, Goldman Sachs analyst Rod Hall lowered his rating on Latch from buy to neutral, lowering his price target from $16 to $10. That's a nearly 38% downshift in the price target, so it's no wonder Latch's stock fell hard.

Hall cited multiple data points pointing to longer delays in housing starts as a result of the current supply chain logjam. While that wasn't particularly new news, Hall now thinks current housing start delays will last longer, into the second half of 2022.

Latch doesn't make much in the way of current revenue, but it does take in more cash than headline revenue because it signs long-term contracts with its real estate customers for an average of six years. Many clients pay for those contracts upfront. Therefore, a delay on new housing starts could mean Latch won't be taking in as much deferred revenue for the next year, which could affect its growth plans.

On the bright side, while Hall downgraded next year's revenue forecast by 29%, he left his longer-term forecasts "basically unchanged," and said Latch still has an "attractive market opportunity over the long-term."

Given the unchanged longer-term outlook, it's kind of strange that Hall would downgrade his price target by that much, since Latch is a growth stock with much of its intrinsic value tied up in future cash flows, not cash flow today or even next year. Latch has a leading product in an extremely large market, which management estimates at $54 billion in the U.S. and $90 billion including Europe.

In that light, long-term investors may want to take a long look at Latch's beaten-down stock. If it executes on its vision, the current near-term fears could present a terrific long-term investing opportunity.