Experts were predicting a flood of foreclosures after the expiration of moratoriums. But data show that's far from the case. Here's how it affects real estate investors.

When the eviction and foreclosure moratoriums expired in August, the expectation was that trouble was in store for millions of Americans who were in some stage of mortgage or rent delinquency. While many were bracing for a flood of new foreclosures, the latest data show just the opposite: foreclosures have fallen. This is a positive sign for most homeowners, renters, and many investors, indicating the housing market's strength. But for distressed real estate investors, the data aren't looking great for buying opportunities.

Foreclosure starts were down in September

According to the August mortgage report by Black Knight, August had the highest single-month increase in new foreclosures since the start of the pandemic. But most of these were restarting foreclosure cases that were put on pause during the moratorium.

The spike didn't last. September marked the third-lowest monthly total for new foreclosures, at 3,900. Black Knight's report also stated that the mortgage delinquency rate improved, dropping from 4% to 3.91%, the first time it's been below 4% in 18 months. 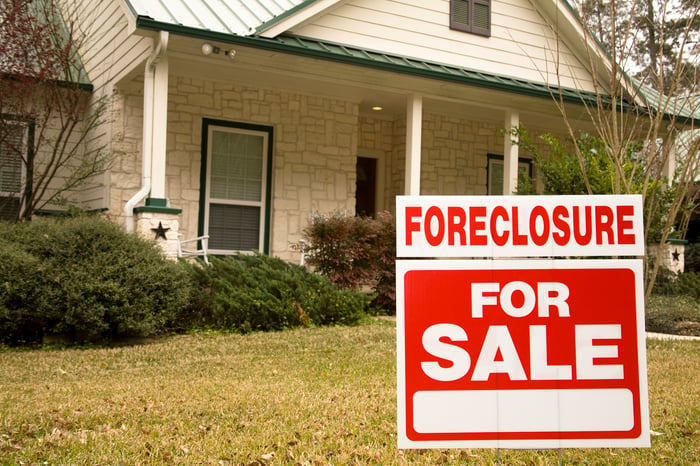 Even with August's increase in new foreclosures, the overall level still is at historical lows. According to Black Knight, there are only 135,000 total active foreclosures in the country, while data from real estate analytics firm ATTOM show that foreclosure rates are about 70% lower than they were in September 2019  pre-pandemic.

Forbearance plans, which delay mortgage payments for a period of time, can be an indicator for future distress in the financial and housing markets. That's because when a large number of homeowners are in forbearance, as they are today, there could be an increase in foreclosures once forbearance ends -- as it eventually does. But now that forbearances are trending down, we're finding that a rise in foreclosures isn't necessarily the outcome. Data from the Mortgage Bankers Association (MBA), which tracked how homeowners resolved forbearance between June 1, 2020, through Oct. 24, 2021, found that homeowners who exited forbearance most commonly used a loan deferral (29.1%) or started making monthly payments (20.6%) again. Of the remaining borrowers who exited :

The total number of loans in forbearance as of Oct. 24 was just 2.15%, meaning the market is showing signs of improvement despite initial concerns.

Forbearance exits will definitely continue to be a major focus for the remainder of the year as existing plans expire. Distressed opportunities are present and will be in the future -- just not necessarily at the rate that many were anticipating.

Why Shares of Redfin, Zillow, and Anywhere Real Estate Are Surging This Week
415%