While third-quarter deliveries remained strong, Nio took a step back on its road to profitability.

Shares of Chinese electric vehicle (EV) maker Nio (NIO -1.16%) had been rising steadily since the first full week of October. That's when the company reported it delivered more than 10,600 EVs in September, and its third-quarter deliveries exceeded previously revised guidance.

Third-quarter deliveries more than doubled from the prior year period as the company navigated through the supply chain disruptions that have been affecting automakers worldwide. But after its financial report came out last night, the road to profitability looks a bit longer than some investors hoped. 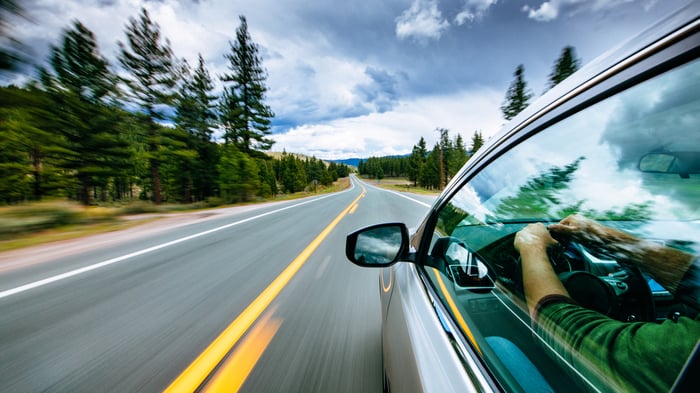 After Nio reported its 2021 second-quarter results in August, it looked like the company was on the verge of turning its operations profitable. Its non-GAAP (adjusted) loss from operations at the time was down to the equivalent of about $79 million, which was cut in half from the prior-year period.

But the adjusted loss from operations jumped more than 40% in just three months to about $113 million in the third quarter. That came as vehicle margin dropped more than 200 basis points sequentially from the previous second quarter. At the same time, revenue jumped 16% from the second quarter to more than $1.5 billion. Management pointed to the increase in vehicle sales for that jump, but added that compared to the second quarter, the drop in margin "was mainly driven by the increased financing at subsidized rates for vehicle purchases which resulted in a deduction of vehicle revenue and an increase in tooling depreciation cost."

Investors will be watching the next several financial updates to see if those costs wane or continue to increase as the sales grow. And sales are expected to grow significantly. With demand remaining strong, Nio and its manufacturing partner are in the midst of a factory expansion that will double capacity to at least 240,000 vehicles per year.

That work is what tempered Nio's October sales. The company delivered a much smaller-than-expected 3,667 vehicles last month as production was impacted by the expansion work. While management expects deliveries to be back on track again beginning this month, it still predicts vehicle sales to be relatively flat sequentially in the fourth quarter ending in December.

Moving into 2022, however, Nio will have the added capacity and additional markets in which to sell its vehicles. It has established a business in Norway for its first market outside China, and has already shipped its first delivery of ES8 SUVs there. It will also begin selling in Germany next year as it moves further into Europe.

Nio expects to have three new product launches next year, including its first electric sedan. The ET7 will also be available in Norway and Germany by the end of 2022, the company has said. But growing its manufacturing base and its markets could still come with new headwinds.

The company currently has a market cap of more than $65 billion, building high expectations into its future performance. But demand remains strong, and the company's path toward profitability had been steady for the past several quarters up until now.

For an investor wanting to get into a growing EV company that is willing to make an aggressive bet, any drop in shares from this report could be a good opportunity to start a position.