Shares of Tellurian (TELL) tumbled more than 15% by 2:30 p.m. EST on Wednesday. Weighing on the liquified natural gas (LNG) stock was news that it closed a debt offering.

Tellurian closed its previously announced public offering of senior notes. The company priced the $50 million note offering due in 2028 at 8.25%. After fees and commissions, the company will receive about $47.1 million. It also has granted underwriters the ability to purchase another $7.5 million of notes over the next 30 days. The company noted that it intends to use the funds for general corporate purposes, including the potential acquisition of upstream assets. 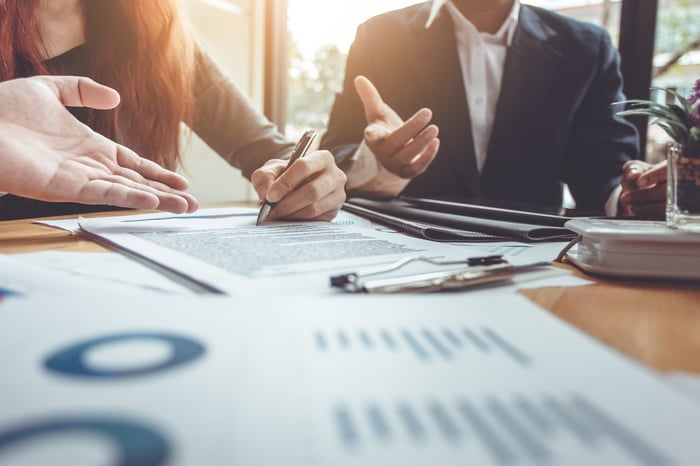 The offering isn't new since the company first unveiled its plans to sell debt maturing in 2028 and yielding 8.25% on Nov. 3. It also specified that the likely usage of the proceeds was to buy upstream assets. It priced the $50 million debt sale two days later.

This debt offering does represent a slight change in its financing strategy. Tellurian was debt-free, ending the third quarter with $210.8 million of cash and no debt. However, that's nowhere near enough money to fund its ambitious plan to build an integrated natural gas company with upstream production and its planned Driftwood LNG export facility it still intends to proceed with next year.

The main catalyst for Tellurian is Driftwood LNG, a $12 billion project that could generate $5 billion in annual operating cash flow at current natural gas prices. The company said it planned to turn its focus toward financing Driftwood when it reported third-quarter results last week. Instead, it raised cash to potentially buy more natural gas production assets. That's creating some uncertainty about how it might fund Driftwood, which could continue weighing on the stock until there's more clarity on financing that needle-moving project.