A strong third quarter has GoPro on track to record its first profitable year since 2015.

Action camera maker GoPro (GPRO 2.67%) has been struggling for the past several years. The company hasn't been profitable since 2015, but it is pivoting its business to get back on track.

The most recent quarterly results reported on Nov. 4, 2021 brought the company much closer to reversing that streak of annual losses. GoPro reported net income of $311.7 million, bringing its nine-month profit to $318.5 million. And even though much of the third-quarter income came from a tax benefit, the company would still be on track for a profitable 2021 without that. 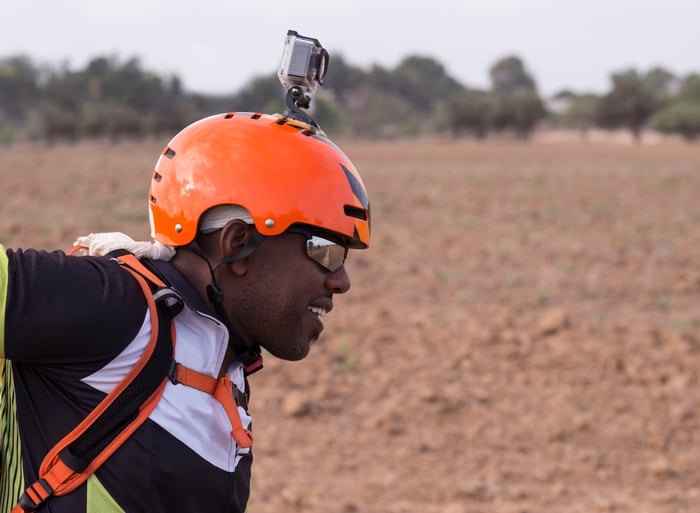 It's about digital and subscriptions

In recent years, GoPro has focused on two parallel strategies to return to profitability. First, it's working to promote its higher-end hardware and has grown the share of cameras that sell above the $300 price point. At the same time, the company has promoted its GoPro.com digital sales while aiming to grow subscriber count and revenue.

GoPro has been successful on both counts, and that success continued in the third-quarter period ended Sept. 30, 2021 that the company reported on late last week. The table below shows these metrics back to the third quarter of 2020.

The company is clearly growing the percentage of revenue from its higher-end products and steadily increasing subscriber count as well as digital revenue.

In the most recent quarter, GoPro reported its average sales price was $381 -- up 25% year over year. This explains how nearly all hardware sales were above the $300 price point, as the company introduces new products like the Hero10 that contains new features and capabilities. But that's not the only factor that will get the company to sustainable profitability.

Generally accepted accounting principles (GAAP) gross margin for the third quarter was 43.6% compared to 35.4% in the prior-year period and up sequentially from 39.8% in the second-quarter period. That shouldn't be surprising, considering the growth is in a more efficient direct-to-consumer business.

But the quarter looked much better at first glance than it really was. More than 80% of net income came from a one-time tax benefit. So, while total net income was about $312 million, sales totaled just $317 million. That still represented a 13% year-over-year increase in revenue.

Regardless, excluding that one-time benefit, GoPro has still earned more than $61 million in the first nine months of 2021. That bodes well for a fully profitable year going into the typically strong holiday quarter.

A long time coming for shareholders

While a return to profitability would be a welcome development, it may not bring much solace to longtime shareholders. Though shares have gained about 72% over the most recent three-year period, the stock is still more than 85% below highs reached about seven years ago.

Looking forward, management said during its call with investors that it believes it can maintain gross margins in the 40% to 43% range. And the market for GoPro products may continue to stay strong. The trend toward outdoor recreation that took off during the pandemic doesn't look to be waning. Boat and recreational vehicle (RV) manufacturers continue to do well with strong backlogs. That should be a good sign that profitability for the company in 2021 may not be a one-off accomplishment.