It's no secret that the internet has unlocked quicker growth for many businesses. Today, tech companies can market and sell their digital solutions from anywhere without needing a physical presence in those places. Wix.com (NASDAQ:WIX), Spotify Technology (NYSE:SPOT), and Nintendo (OTC:NTDOY) are prime examples of that. All of these companies are headquartered outside the U.S. and do business globally.

Here's why all three belong in a U.S. investors' portfolios. 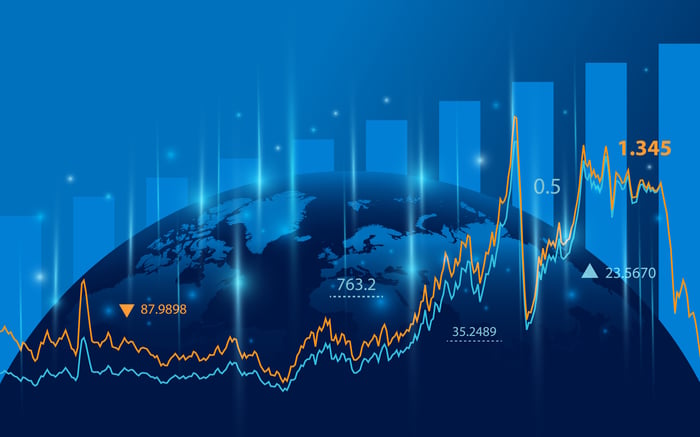 Israel-based Wix.com is a drag-and-drop platform for building and hosting websites that allows users to easily assemble a site of their choosing. While there are several other no-code website building companies, such as Shopify and Squarespace, Wix's digital canvas appears to have the broadest applications. This approach to meeting the needs of any business has helped Wix establish its leadership position in the no-code website building space with more than 200 million users.

Wix offers curated yet flexible solutions for businesses of all types, including photographers, restaurants, hotels, and plenty more. Once a user has established the desired website with Wix's design platform, they can choose to pay a monthly or annual subscription to have their site published and securely hosted. And since this process of building a website takes time, Wix's customers have proved to be quite sticky, as demonstrated by its net revenue retention rate of 113%.

But Wix doesn't just help during the website design phase. It also provides lots of additional capabilities to help businesses with their day-to-day operations. These include shipping, scheduling, analytics, point-of-sale systems, and much more. These all get categorized in the company's financial statements as "business solutions revenue." Over the last 12 months, Wix has generated roughly $1.3 billion in total collections from its customers, with 22% of that coming from its business solutions segment.

Due to Wix's recent commitment to reinvest heavily in marketing and customer support, the company's operating margin has come down a bit and sent the stock price down even further. Now down 43% from its recent highs, Wix is valued at a ratio of market cap to current-year collections (cash already committed by customers) of just under 8. As the company continues to add new users while maintaining its high retention rate, this looks like quite a fair price to pay given its earnings potential.

Japanese digital entertainment company Nintendo has been home to the best-selling video game console in each of the last three years. Since the launch of the Nintendo Switch, the company has sold more than 90 million units and has already touted 79 million playing users in the first half of this year. In other words, despite the recent launch of the Sony PlayStation 5 and the Microsoft Xbox Series X, the majority of Nintendo's users are still actively playing on the Switch.

However, concerns over cyclicality and the Switch falling out of favor have driven down the stock price as of late. Over the last six months, Nintendo has had a generally weak slate of games, and its year-over-year comparisons have looked particularly poor since it's lapping the pandemic when users were confined to their homes. This combination has created a steep 24.5% decrease in operating profits for the first half of this year compared to 2020.

But the company is beginning to look poised for a turnaround. Heading into 2022, there are several big game releases set, including multiple Pokémon titles, a sequel to Legend of Zelda: Breath of the Wild, and new add-on content for existing games like Animal Crossing and Super Smash Bros. With this strong upcoming publishing schedule, Nintendo even increased its guidance for game sales for the second half of the year.

And it just released the Nintendo Switch OLED Model, which is its most recent iteration to the Switch family of consoles and should introduce some new gamers to the platform.

All in all, with an active annual player base of more than 79 million users, a jam-packed slate of games set to come out, and an increasing percentage of those game sales coming in the form of digital downloads, Nintendo's earnings should increase over the long run, and shareholders will stand to benefit.

Spotify is the world's largest audio streaming platform. Thanks to the first-of-its-kind freemium music-streaming model, the Swedish company is now home to 381 million monthly active users all around the world.

While Spotify got its start and gained its fame purely in music streaming, the company has since diversified into other forms of audio, primarily podcasting. Spotify owns two podcast distribution platforms, Anchor and Megaphone, that help podcasters create new shows and connect with advertisers.

Thanks to Megaphone's automatic ad-insertion capabilities, podcasters can easily plug ad slots into their shows and advertisers can bid on them based on individual listener data. Though the actual mechanics behind the advertising technology is fairly complex, the functionality on the creator's side is similar to YouTube. Except with Spotify, podcasters can choose where the advertisement shows up.

These podcast-related investments are beginning to bear fruit. During the most recent quarter, revenue from advertising, which is primarily from podcasting, grew 75% year over year to $374 million and made up 13% of the company's overall revenue. CEO Daniel Ek said on the company's conference call: "At the very least, this should be 20% of our revenue. But it might possibly be a lot more than that -- 30%, 40% even -- over the next five to 10 years."

Though management tends to be secretive about the profit margins from podcasting, it's clearly greater than Spotify's core music business, which pays out a significant portion of its revenue to rights owners. As advertising continues to make up a bigger slice of Spotify's revenue pie, its overall profit margins should expand and shareholders should reap the benefits.