A bold new strategy could create more value for shareholders.

Shares of Johnson & Johnson (JNJ -0.39%) rose 1.2% on Friday after the healthcare colossus announced its intention to split itself into two independent companies.

J&J plans to separate its consumer health operations from its medical device and pharmaceutical divisions. The transaction is expected to be completed within the next two years, pending board and regulatory approval.

The plan would create a new consumer health company with a formidable presence in areas such as baby care, wound care, and oral health. It would possess a stable of popular brands, including Johnson and Johnson's Aveeno, Neutrogena, Band-Aid, Tylenol, and Listerine, that are collectively forecast to generate revenue of roughly $15 billion in 2021. 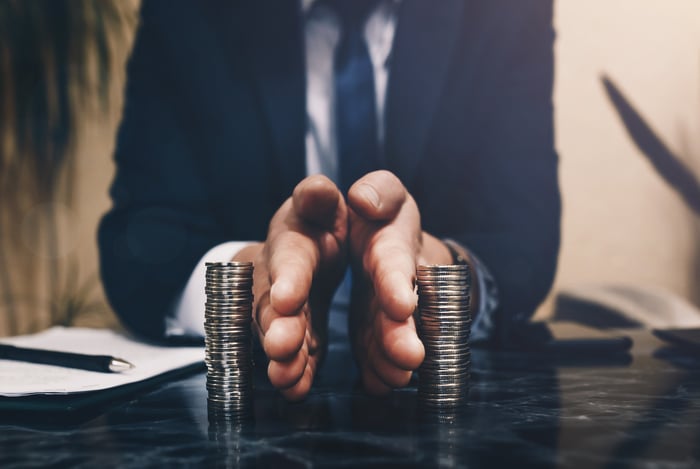 After the proposed split, J&J would remain a powerful force in the healthcare industry with a projected $77 billion in annual revenue. The company said its pharmaceutical and medical device businesses will remain united due to their shared focus on research and development, and comparable regulatory and competitive environments. Oncology, immunology, and orthopedics will continue to be key specialties. Management also intends to accelerate investments in advanced technologies like robotics and artificial intelligence.

"This planned transaction would create two businesses that are each financially strong and leaders in their respective industries," Joaquin Duato, who is slated to become J&J's CEO in January, said in a press release. "We believe that the new Johnson & Johnson and the new consumer health company would each be able to more effectively allocate resources to deliver for patients and consumers, drive growth, and unlock significant value."

Splitting itself up could result in two companies that are together worth more than the $435 billion J&J is valued at today. Investors would have the opportunity to choose among the relatively low-risk consumer goods business and the higher-growth pharmaceutical and medical devices company.

Pure plays typically enjoy higher valuations than conglomerates as they allow investors to target stocks that better align with their risk profiles and objectives. J&J's shareholders hope that will prove true following its intended restructuring.