Shares of the beauty retailer got hit after it reported earnings. It was a tough comparison, but the outlook is probably the bigger problem.

Shares of cosmetics retailer Natura &Co (NTCO -2.85%), which owns the Avon, The Body Shop, Natura, and Aesop nameplates, fell sharply in the first 90 minutes of trading on Friday, dropping as much as 20%. The company's earnings release on Thursday, which hit Wall Street after it had shut for the day, was the main reason for the decline. 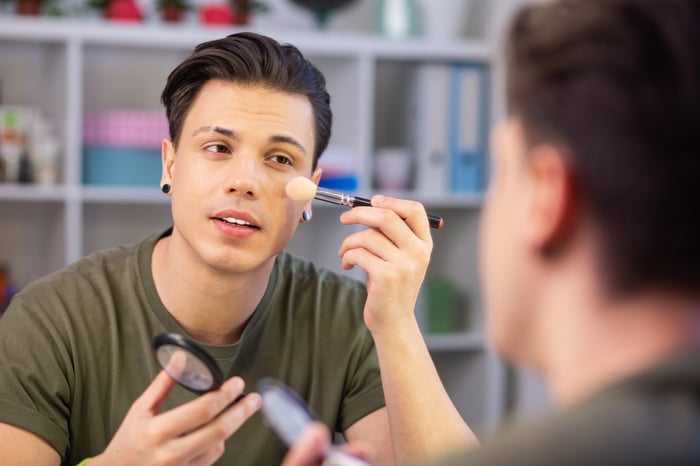 Digging in a little, its Latam division's sales dropped 2.4%, and Avon's top line declined 14.3%, with Aesop and The Body Shop posting sales gains of 12% and 0.4%, respectively. Digital sales increased to 52% of total sales, though that includes a number of different pathways, such as the company's websites and relationship selling via apps. The Brazilian company's underlying net income dropped to 46.5%. That's not a particularly good number, which likely fueled the market's negative take here. Notably, the company's earnings before interest, taxes, depreciation, and amortization (EBITDA) margins dropped across each of its business segments. The overall decline for the company was 6.2 percentage points. As you might expect, pandemic-related issues and supply chain constraints were both material headwinds. Management noted that synergies related to the early 2020 acquisition of Avon, which would usually be expected to flow through to the bottom line, are now, effectively, offsetting the pandemic and supply chain issues that Natura is facing. That, in turn, will push out the company's expected EBITDA margin improvement projections by a year, to 2024. That's not a particularly positive development, either.

All in, it wasn't a great quarter for Natura &Co, and investors reacted accordingly. Still, the worst update is probably the fact that the integration of Avon isn't going to produce the expected efficiencies in the originally hypothesized time frame. It seems that, for many investors, that might just have changed the investment thesis here.