Dogecoin appears to be steadying above the $0.25 level in recent days.

The first, and perhaps most highly touted meme token, Dogecoin (DOGE 3.44%), has been on a wild ride in recent weeks. However, the moves this cryptocurrency token has made over the past 24 hours are noteworthy.

On Sunday, the dog-inspired cryptocurrency rose in early morning trading on bullish momentum across the sector. The price of Bitcoin (BTC 1.05%) and other mega-cap cryptocurrencies spiked, sending the entire sector higher. However, since then, DOGE has traded back to the $0.26-per-token level at the time of writing.

The price action for DOGE has been relatively range-bound in recent days. Investors appear to still be digesting bullish catalysts such as Elon Musk's DOGE-1 satellite launch and the potential acceptance of this meme token as payment by AMC Entertainment Holdings.

However, other high-profile meme tokens such as Shiba Inu appear to be stealing Dogecoin's thunder right now. 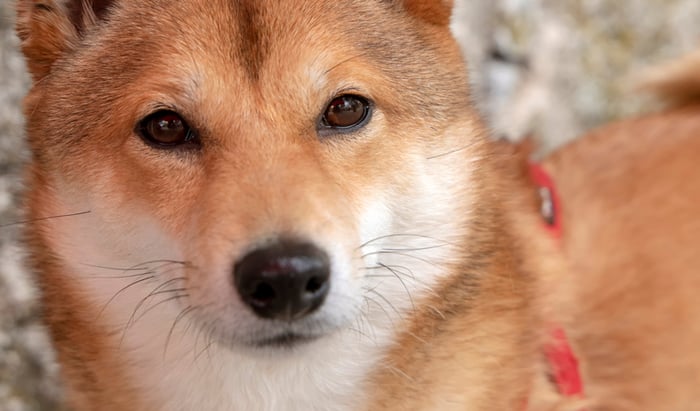 As Dogecoin prices continue to gyrate within a relatively confined range, speculators and aggressive cryptocurrency investors appear to be lacking a reason to bid this token higher, or send this meme cryptocurrency lower.

Some may note that this consolidation around the $0.26 level could be bullish. Every rally needs a breather. And as we've seen with the parabolic moves in DOGE this year, this is a meme token that can run once it gets momentum. Accordingly, the fact that DOGE remains 60% below its peak may be enticing to speculators and those with aggressive near-term targets.

Like other meme tokens, those speculating on another rally coming out of this consolidation phase should be aware of the downside risks. Again, this meme token remains down dramatically from its peak. Still a top-10 cryptocurrency by market capitalization, the risk profile with this digital asset is elevated relative to the already high risk profile of the cryptocurrency sector.

That being said, should additional catalysts arise, this momentum-driven token has the potential to run. Indeed, cryptocurrency investors have seen DOGE become one of the best-performing assets this year. Accordingly, this will continue to be an intriguing cryptocurrency to watch for some time.

Dogecoin: The Ultimate Blend of Absurdity and Value?
401%