The stocks of Canadian cannabis companies have long been moving based on the potential for the U.S. market to open up to them. That road seems inevitable as recreational pot use has become increasingly legal at the state level. But word of a new federal draft bill has brought renewed momentum to stocks like Tilray (NASDAQ:TLRY) recently. That momentum had shares of the company trading almost 8% higher early Monday. The stock has pared some of those gains, but still remains 3.6% higher as of 1 p.m. EST.

News of draft legislation led by South Carolina Republican Rep. Nancy Mace has been reported in circles of the cannabis sector since last week, and it is scheduled to be officially unveiled today. Tilray has been positioning its business for the eventual legalization in the U.S., and a bill sponsored by Republicans could be a game changer. 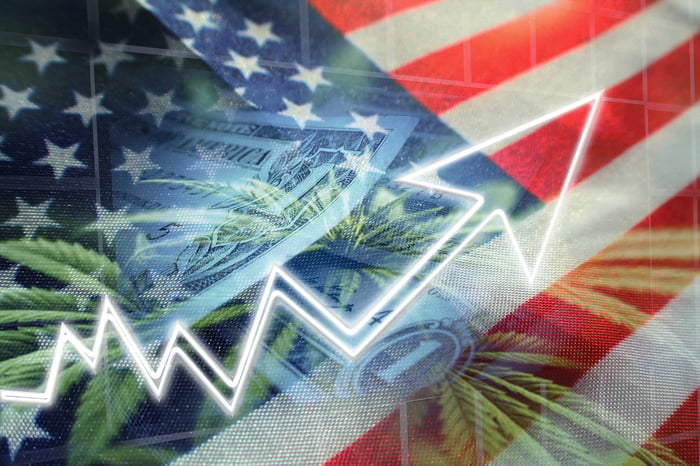 A Bloomberg report says Mace's legislation proposes an excise tax of 3.75%, which would regulate it more like alcohol than another proposed bill from Democrats that has called for taxing marijuana sales by as much as 25.5%. That might sound counterintuitive, but a lower sales tax could help keep sales in the black market less desirable for buyers. That would ultimately help with implementing regulation.

Mace is scheduled to hold a press conference at 2 p.m. EST today to discuss the States Reform Act, which her website calls "one of the most anticipated cannabis bills to be introduced."

Tilray has been planning for U.S. legalization with the acquisitions of Georgia-based craft brewer SweetWater Brewing, as well as a majority position in the outstanding senior secured convertible notes of U.S.-based cannabis retailer MedMen Enterprises. That will allow Tilray to potentially own a significant equity stake in MedMen.

It remains to be seen how the Mace-led legislation will be received by both parties in Congress. But having a legitimate Republican-backed bill up for discussion seems like another step that could allow Canadian pot companies to do business in the U.S. And that's just what Tilray has set itself up for.