A superior and scalable economic structure has resulted in a more than 2,000% five-year stock return.

Not all companies are created equal. Even among those that possess a competitive advantage, some businesses have better financial profiles, allowing them to produce more cash than others. And as long-term investors, this is exactly what we should look for.

The homemade and unique goods marketplace Etsy (ETSY 2.42%) is one such enterprise. Over the trailing 12-month period, it generated $584 million in free cash flow on $2.2 billion in sales, for a 26.6% margin. That is truly an exceptional cash margin, and it helps explain why the stock has been such a monster winner.

Let's break down why this burgeoning e-commerce company is such an effective cash cow. 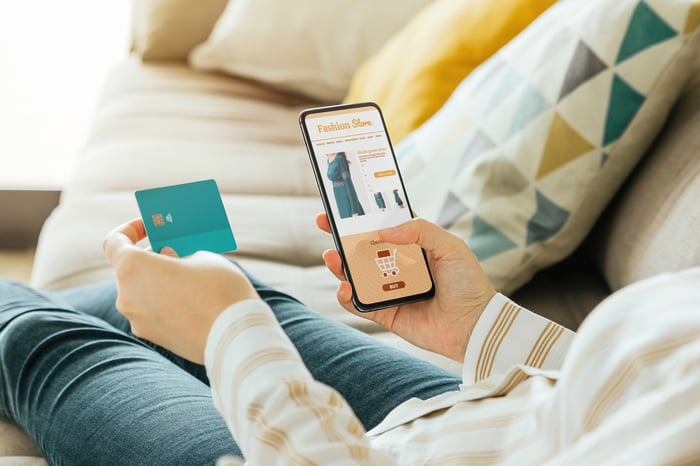 At a high level, Etsy is a platform business. It doesn't own any of the merchandise that sellers offer to buyers, so money doesn't need to be spent on inventory. Etsy just facilitates transactions and collects fees based on the amount of gross merchandise sales (GMS) that take place on its site. During the most recent quarter, Etsy registered revenue of $532 million, based on just over $3.1 billion of GMS.

The technological infrastructure and software to run Etsy's marketplace are already in place thanks to capital investments made over the years. Therefore, as the business grows sales, Etsy is able to leverage its marketing, product development, and general and administrative fixed costs over a greater revenue base. A large chunk of every additional transaction flows to the bottom line, so management's primary goal, unsurprisingly, should be to continue increasing GMS.

In 2015, Etsy's operating margin was 0.6% and the company had a net loss of $54.1 million for the full year. Five years later, in 2020, the operating margin expanded to 24.7% and Etsy produced a 20.2% net profit margin. As annual revenue skyrocketed from $274 million to $1.7 billion over the same time period, profitability soared, demonstrating the significant scalability of Etsy's business model.

Where does the cash go?

Besides letting cash reserves pile up on the balance sheet, there are four main activities companies can do with their free cash flow. These include paying dividends, buying back shares, purchasing other companies, and reducing any outstanding debt.

Historically, Etsy has focused on share repurchases and the occasional acquisition as uses of cash. Over the past 12 months, the business bought back $409 million worth of stock. This figure has trended higher every year since the buybacks first started in 2016.

And to support CEO Josh Silverman's ambition to create a "House of Brands," Etsy has pursued a smart acquisition strategy to expand into adjacent marketplaces. In 2019, Etsy bought Reverb, an online marketplace for musical instruments, for $275 million in cash. Just this year, Etsy picked up secondhand fashion reseller Depop for $1.6 billion, and Elo7, known as the Etsy of Brazil, for $217 million. Both deals were done with cash on hand. That spare cash sure can be useful sometimes.

Like investors, management has to direct capital toward what they believe are the highest-returning opportunities at any given time. In Etsy's case, this has been buying back its own stock and sometimes other companies. At the end of the day, it's all about growing the intrinsic value of the business over time.

Etsy has proven to be a fantastic cash-flow machine. As it continues to gain scale, shareholders should expect more cash profits as well.

What the Smartest Investors Know About Etsy Stock