Utility tokens and security tokens are common purchases of crypto enthusiasts, but do you know the difference? Learn more about them here.

Stepping into the world of cryptocurrency can feel like opening a mysterious door that dumps you into a parallel universe, where nothing makes sense and people sound like they're speaking the same language as you, but all the words mean different things. Those first few steps are a doozy, there's no doubt about it, but that's why there are bite-sized knowledge nuggets like this one to act as a decoder ring.

Tokens are common things to find in the world of crypto and in blockchain computing. It pays to understand the difference between a security token and a utility token. Let's discuss. 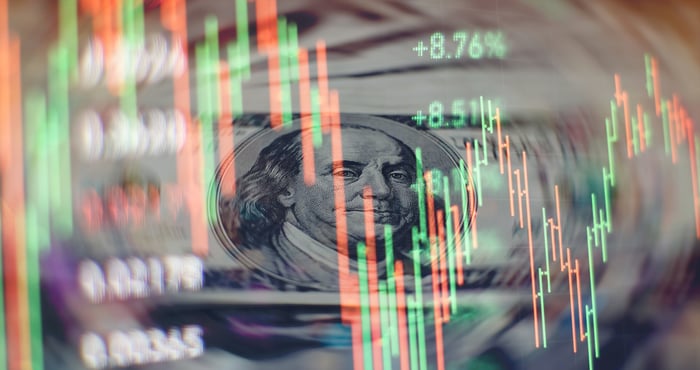 Tokens and coins: one of these is not like the other

Although both tokens and coins exist within the generic header of "cryptocurrency," they are not remotely the same. A token is used to represent some kind of noncash asset, like an ownership stake; special rights within a blockchain, like voting rights; or early access to a product developed by the company that's issuing the token.

Coins, on the other hand, only represent currency. A coin always has a given cash equivalent, based on demand and market pressures. Tokens can have value, but they don't exist solely as a way of transferring that value. Typically, they're designed for something more complicated than a simple monetary transaction.

What is a security token?

"Security tokens" should really be called "securities tokens," since they're often tied to a securities offering. The securities in question are usually a share in the company issuing the token as a form of investment in the technology company's longer-term growth. They're regulated just like securities you'd find in more traditional markets.

An important feature of most security tokens is the right to have some kind of say in what happens with the company that issued them. When you buy a security token, you essentially become an important shareholder, and the money you invest is directly impacted by the value of the company itself. This is different than with a cryptocoin, where the value is related to the demand for a particular coin and the confidence others hold in the platform (in which you're now an owner).

What is a utility token?

Although security tokens ("securities tokens") are a type of security, other tokens are not. Utility tokens are the ones most commonly issued at an initial coin offering (ICO). Rather than representing an ownership stake in the actual company, they're more like "golden tickets." They give holders access to special services or preferential treatment, such as a discount at the launch of a start-up's product line. These products might be software packages or software as a service platforms, for example.

Because they're far more like promotional tools and don't grant ownership stakes in companies, utility tokens aren't considered investments. Utility tokens can grow in value if what your token represents suddenly becomes very popular and in demand. For example, if your token represents a limited access pass, those that haven't been cashed in yet might grow significantly in value among those people who missed the ICO.

Words are dumb, but tokens can be smart

Tokens are useful in a variety of blockchain transactions, but it's important to know what you're buying when you drop your hot cash on them. Security tokens come with regulatory oversight, because they're an ownership stake in a company, but utility tokens are kind of an "anything goes" situation, like you'd find with any kind of limited-run collectible or promotional.

For investors looking to get into the crypto market, choosing security tokens may be the best way to ease into it. Since they represent company shares just like stocks, the concept should be fairly familiar -- plus the chance to own part of the next hot decentralized application start-up isn't all bad.

If you just want to buy and hold a little trinket from an ICO for a company that matters to you, a utility token can do the trick or get you a discount down the road. Pay close attention to the redemption terms of the token before purchasing so you fully understand what you're buying.

Want to Invest in Web3? Look No Further Than This Cryptocurrency
401%