Investors were not pleased with the company's second-quarter results.

Cinedigm (CIDM -1.72%) reported second-quarter results on Tuesday morning. Investors took one look at the mixed report and started running for the exits. The content producer and media-streaming services operator traded 26.9% lower by 2:35 p.m. EST, essentially erasing the gains of the last three months.

Cinedigm's second-quarter sales rose 41% year over year to $10.1 million. The bottom line showed a breakeven result, up from a net loss of $0.23 per share in the year-ago period. Wall Street's consensus estimates had called for a net loss of roughly $0.02 per share on revenue near $10.9 million. Cinedigm traders shrugged off the earnings surprise to focus on the revenue miss instead. 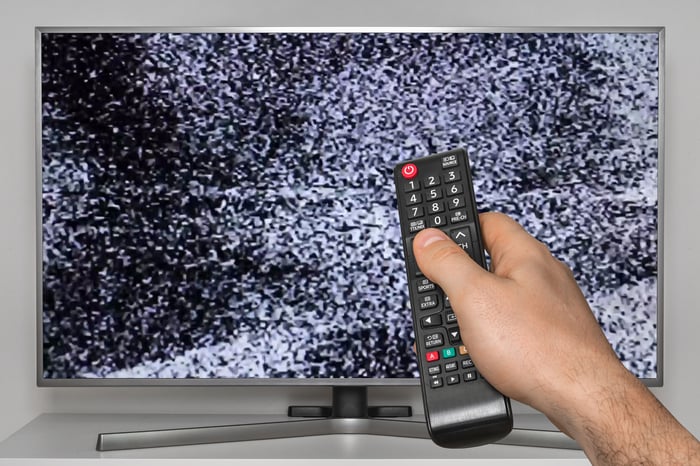 The cinema equipment division reported sales of $2.2 million, a sharp increase from $643,000 in the year-ago period. These revenues are naturally lumpy because the sale of one new digital cinema system outweighs royalties and service fees for Cinedigm's installed systems.

Meanwhile, streaming services posted a 64% revenue jump while the media distribution operation saw sales fall by 69% instead, which worked out to a 5% sales boost in the content and entertainment segment as a whole.

As these figures show, Cinedigm is undergoing a rocky strategy shift these days. The struggling health of the movie theater industry isn't doing Cinedigm any favors, even though the company has chosen a new direction focused on digital streaming services.

Investors with an interest in turnaround stories might want to take a closer look. Be warned that the road ahead looks rocky, though. Cinedigm is a small company with unpredictable revenue streams, and it doesn't take much of a miss to trigger a substantial plunge like the one you see today.