The EV charging stock became too hot to handle for some.

What goes up must come down. At least that's what EVgo (EVGO 0.32%) stock seems to be telling the market. After a dizzying rally last week, shares of the electric vehicle (EV) charging stock crashed by double digits on Monday, and then continued to sink today.

As of 12:45 p.m. EST on Tuesday, EVgo shares were down 6.8% after falling nearly 10% earlier in the morning. Multiple analysts are suddenly turning cautious about EVgo stock, and investors are spooked.

The stock has received at least two analyst downgrades since yesterday.

In the first, Credit Suisse analyst Maheep Mandloi downgraded it to neutral from outperform with a price target of $17, citing valuation and rising competition in the EV charging space. Mandloi says he believes any potential benefits of EVgo's recent partnerships with Uber and General Motors, as well as that of the infrastructure bill, appear to be already baked into the stock price. 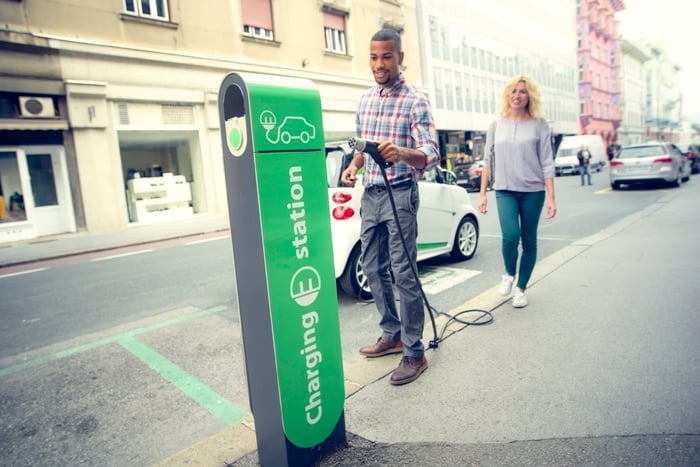 In the second, Bank of America analyst Ryan Greenwald downgraded EVgo stock to underperform from neutral while maintaining a price target of $11, citing the "charging euphoria" that sent EVgo shares flying through the roof last week. Greenwald is also wary of the expiration of the lockup period for more than 70% of EVgo's outstanding shares at the end of the year.

There's some merit in the views of both the analysts.

To be fair, EVgo had multiple catalysts driving its stock price higher last week. The passage of President Joe Biden's $1.2 trillion infrastructure bill that includes $7.5 billion for building EV charging infrastructure in the U.S. was the first big trigger. Multiple partnership extensions, a surprise profit in the third quarter, and an upgrade of its full-year revenue outlook ensured the stock continued to rally.

EVgo shares, though, became too pricey for comfort, having nearly doubled within five days. The stock is hovering around $15.20 a share as of this writing. 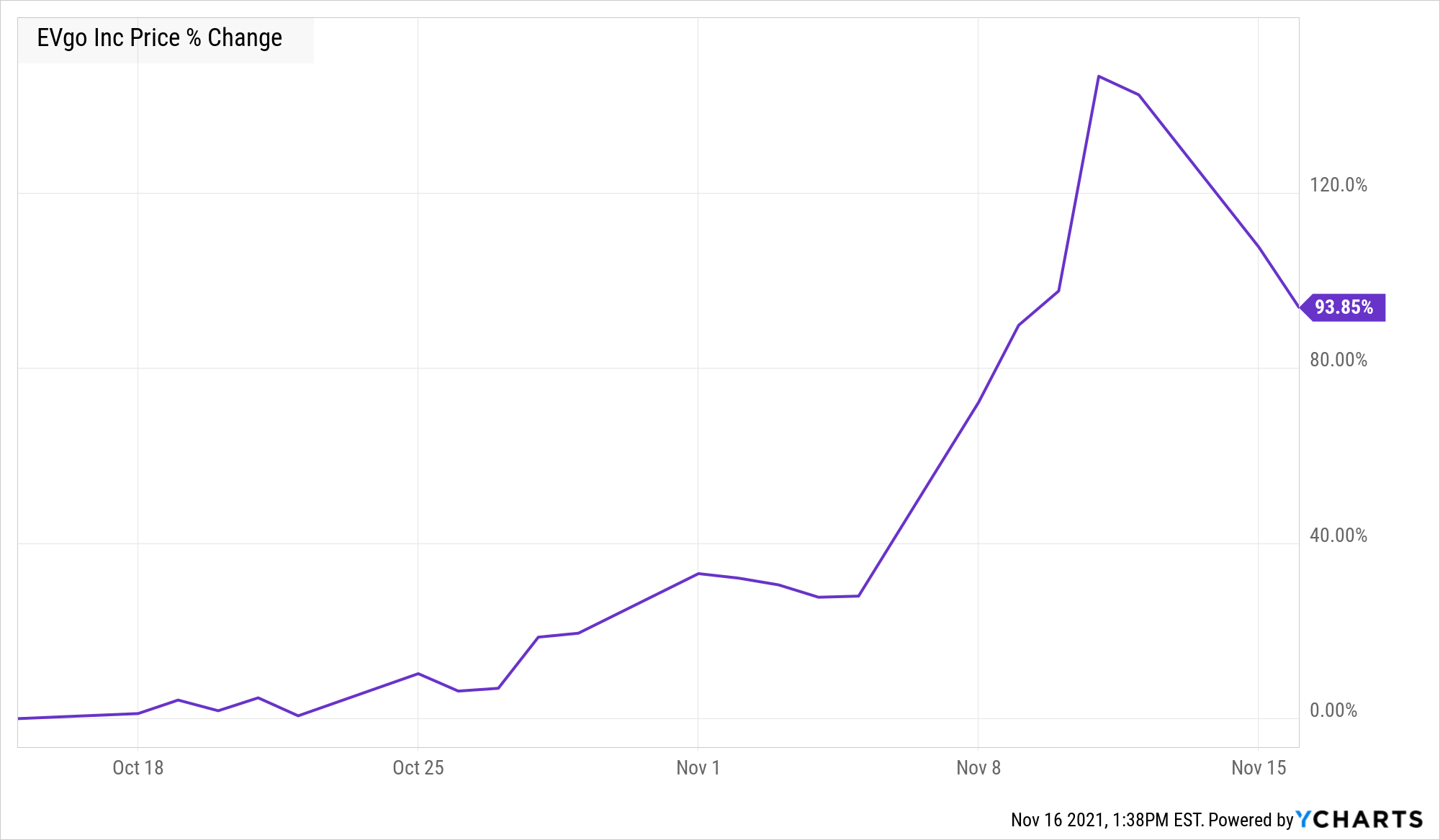 Investors in EVgo may want to pay greater attention to Greenwald's second reason to cut the rating: the upcoming expiration of its lockup period.

EVgo shares went public on July 2. Any company that goes public via an initial public offering (IPO) sets up a lockup period to restrict insiders from selling their shares. As is often the case, insiders sell once the lockup period expires, putting the stock price under pressure. With such a substantial chunk of EVgo shares heading for the lockup expiration and the stock having already run up a lot, Greenwald's fear that the stock could see some selling isn't unwarranted.

But that's a short-term event that should have no bearing whatsoever on its long-term prospects. With the EV industry all set to explode and federal spending on infrastructure rolling out in the coming months, EVgo's renewable-energy charging network could find some growth opportunities.