The cross-border e-commerce specialist got some love from Wall Street.

The catalyst that sent the cross-border e-commerce platform soaring was bullish commentary courtesy of a Wall Street analyst who began covering the stock.

Needham analyst Scott Berg initiated coverage on Global-E Online with a buy rating, while also issuing a price target of $75. His new estimate would represent potential gains for investors of more than 35% over the coming year, compared with the stock's closing price on Monday. 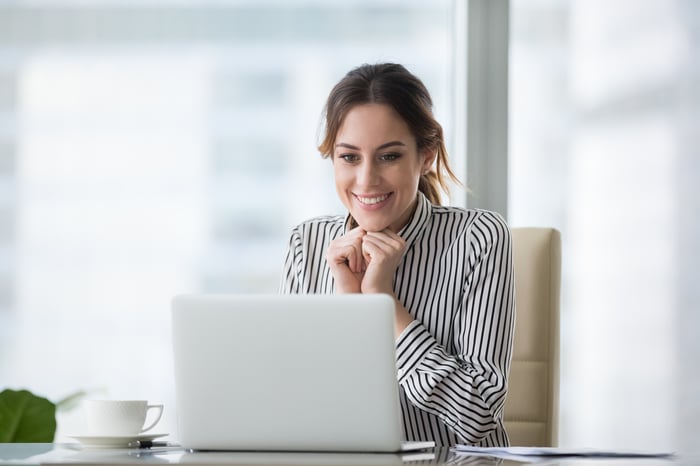 The bullish call came in the wake of Global-E's record third-quarter financial results, which were released just last week. The company delivered revenue that grew 77% year over year, and excluding one-time charges related to its IPO in May, adjusted EBITDA surged 185%. At the same time, gross merchandise volume -- or the value of products sold on its platform -- increased 86%.

Additionally, Global-E's gross margin expanded to 38.6% from 30.2% in the prior-year period, as leverage from the company's cloud-based services kicked in.

Global-E also raised its full-year guidance on the heels of its record results. The company is now expecting revenue of roughly $240 million,  which would represent growth of 348% from $53.6 million in the prior-year quarter.

As if to prove its value, Global-E not only scored a $193 million pre-IPO investment from e-commerce platform provider Shopify (SHOP 1.37%), but it was also selected as the exclusive provider of cross-border services for Shopify's 1.7 million merchants, which is quite a feather in the cap of the fledgling public company.

Given all the good news surrounding Global-E Online, it's easy to see why Wall Street is sitting up and taking notice.

2 Dirt-Cheap Growth Stocks That Could Skyrocket