Shares of the biotech stock rose more than $1.50 per share Tuesday morning. 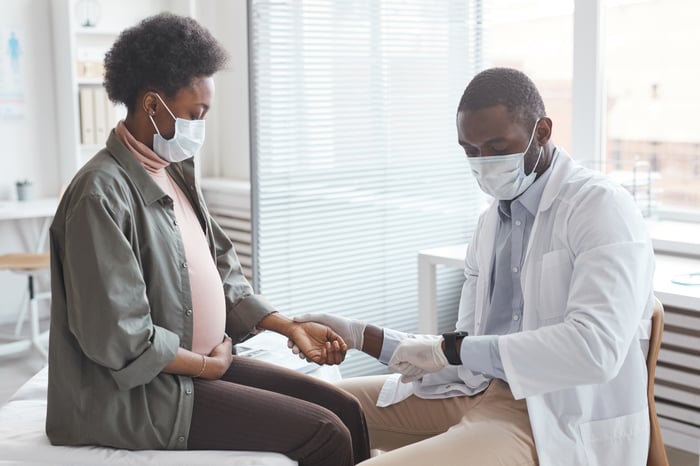 It is the second time in less than a month that Progenity has taken off on a short-squeeze-fueled frenzy. The company, which had consistent prenatal testing revenue prior to the pandemic, has largely shelved that side of its business to focus on developing its innovation pipeline, including its Preecludia test that rules out preeclampsia, a pregnancy-related blood pressure disorder. The company is also looking at unique drug delivery systems for gastrointestinal drugs and oral biotherapies.

The stock will likely continue to be volatile, though there may be some support for long-term optimism as it recently received four patents connected with its GI tract delivery system for therapeutics. It has also said it has begun several cost-cutting measures to improve its profitability.

There is plenty of potential in the biotech company's pipeline as it has a portfolio of 180 patents and more than 220 pending patent applications. It is betting that its unique drug delivery system and its multiple applications will grow profits. The big concern, however, is how the company will be able to afford to develop its patents in the interim without much cash coming in. It has gone from having $91.5 million in cash last Dec. 31 to $65.9 million at the end of June, to $54.1 million at the end of September.

Why Progenity Stock Was Up More Than 24% Friday

Why Progenity Stock Is Soaring on Tuesday
420%