Earnings season can be a trying time for investors in growth stocks. When already priced for perfection, these high-flying shares can move downward quickly because of decelerating growth or even the slightest of earnings misses.

But investing is an inherently optimistic practice by nature, so it's wise to be opportunistic when reevaluating these stocks and their "disappointing" earnings. A stock's price movement can often be tied to short-term worries even as the company's underlying investment thesis remains strong.

That appears to be the case for the three stocks we will look at today. Each would add promising growth to any portfolio with their unique market niches, healthy long-term prospects, and share prices near 52-week lows. 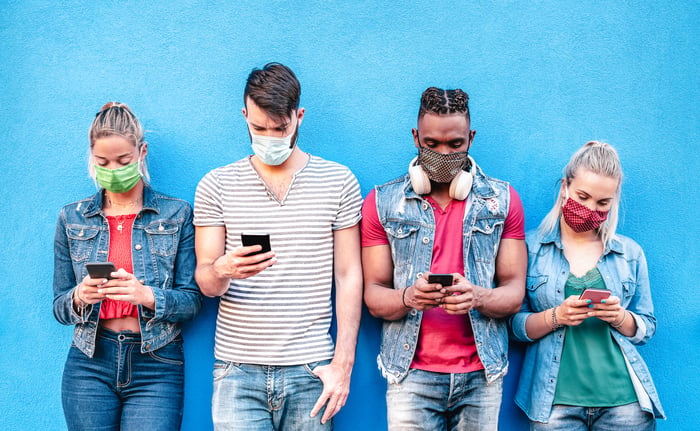 After rumors of being acquired by PayPal for around $70 a share proved to be unfounded, Pinterest (NYSE:PINS) has since seen its share price slide by nearly 30%. Plus, the inspiration-focused social media site saw its U.S. monthly active users (MAUs) decline 10% year over year in its most recent quarter.

However, this seemingly worrisome drop in MAUs doesn't tell the whole story as many of these lost users log onto Pinterest's website vs. mobile app. Mobile MAUs, the primary drivers of engagement and ad revenue, slightly declined in the U.S. but posted double-digit growth internationally.

In addition to this global MAU growth, Pinterest posted robust increases in average revenue per user (ARPU): up 44% in the U.S. and 81% internationally year over year for the quarter. While U.S. ARPU towers over international at $5.55 vs. $0.38, the international MAU base is four times the size of its U.S. counterpart at 356 million users.

Should this international ARPU continue posting anything close to its current 81% growth rate, the company should see its already promising 15% profit margin expand. With Pinterest growing at these rates and trading at 35 times forward earnings, the sell-off could be a great opportunity for growth-focused investors.

Through its direct-to-consumer (DTC) sales approach, scrubs maker Figs (NYSE:FIGS) has set its sights on reinventing the $79 billion global healthcare apparel market. Building a unique community on primarily digital sales, the company is bringing personalization to an industry that has gone ignored for decades.

After Figs posted 34% sales growth in the latest quarter over the prior year, the market was somewhat disappointed. But the active customer base grew by 58% year over year to 1.7 million, highlighting at least in part the benefits of word-of-mouth recommendations from customers.

That vote of confidence among purchasers is reflected in Figs' net promoter score (NPS), a widely used market research metric. Figs' score of 81 (on a scale between minus 100 and plus 100) is outstanding, indicating that for every detractor of the company's brand it has 9 promoters.

The company, which has been public for less than six months, has a gross profit margin of 72% thanks to its streamlined DTC sales strategy which cuts out the middleman. And after recording sales of $103 million in its most recent quarter, management is aiming to have over $1 billion in annual revenue by 2025.

This sales goal may well be in reach as Figs continues its gradual expansion into Canada, Australia, and the United Kingdom while also adding to its portfolio of lifestyle brands. International markets jumped 149% while the lifestyle segment soared 76% to a combined total of $20 million in the quarter.

By most valuation methods, including a forward price-to-earnings ratio of 178, Figs stock looks expensive. But thanks to the company's popular products, strong customer growth, and largely untapped international opportunity, I think its market capitalization of $7 billion could be too low, especially considering its $79 billion addressable market.

In the healthcare market, DermTech (NASDAQ:DMTK) is determined to transform dermatology with its noninvasive skin cancer tests. But investors seem as yet uncertain of what to think. Its stock has seen a wide array of prices, ranging from its 52-week low of $11.25 to a high of $84.49.

DermTech's primary product is its noninvasive pigmented lesion assay (PLA), which tests for melanoma. The company estimates that skin cancer is a $10 billion market. With one in five Americans estimated to develop skin cancer by age 70, DermTech's products are no doubt addressing a medical challenge of great importance.

In addition to being noninvasive, the company's PLA only has a 1% probability of missing melanoma compared to a 17% chance from traditional, invasive methods. On top of this, it is nearly half the price of the conventional procedures, highlighting the potential of DermTech's innovations.

Currently trading around $25, DermTech shares are down over 70% from their all-time high, giving the company a market capitalization of about $900 million. With its disruptive technology, small market capitalization, and relatively large addressable market, DermTech look like an excellent opportunity for risk-tolerant investors seeking strong potential.